Ragini Dwivedi has successfully completed ten years in Kannada Film industry. She's famously known as the 'Thuppada Bedagi' of Sandalwood. She managed to win fans' appreciation with her impressive acting and dancing skills, setting tough competition to the top actresses. Recently, Ragini spoke to First News Kannada, during which she took a moment to thank her fans and everybody else who supported through this memorable journey. She also said that Sudeep is very special to her for this reason! But, did you know she had no idea who he was before making her debut in Veera Madakari? The actress calls herself his female version in the film!

'Sudeep Is Very Special To Me'

While talking to First News Kannada, Ragini said, " I would like to thank each and every actor I have worked with. But, Sudeep is very special to me. When I first started working with him, I didn;t know a single word from Kannada. I didn't know how to act or danc

She Didn't Know Who He Was!

Ragini further added, " I didn't know who Sudeep was when I made entry to the industry. He was the one who taught me how to act when we started shooting for Madakari. The Ragini you've seen in the film is exactly the female version of Sudeep."

When asked to share a few difficulties she faced during her Sandalwood journey, Ragini said, "I am a very bold person, therefore, I haven't faced any such obstacles. But, I have seen people with double standards. The ones that play games exist everywhere. I feel like beating them up. Otherwise, I have not had any other issues."

Her Career So Far

The 28-year-old actress has featured in other regional films too besides Kannada. She's acted in Tamil, Telugu, Malayalam and Hindi movies. Also, she's been nominated a couple of times for Filmfare Award under Best Actress category. 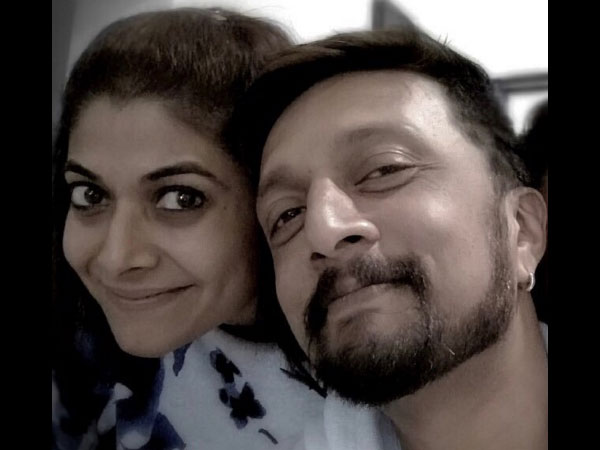 Sudeep's Wife Priya Announces Special Gift For His Fans On Ugadi! Pailwaan Teaser 2 To Be Out?