The much-awaited Mohanlal starrer movie Drishyam is releasing today in 133 theatres. The advance booking for the movie had started two days before the release. This is a much-hyped movie owing to its cast and crew.

Mohanlal, who played a farmer in his movies Ividum Swargamaanu and Snehaveedu, is once again seen in the same avatar in Drishyam too. But, the director of the film Jeethu Joseph assures that though the character is similar, there are some added mannerisms by the actor which makes the character unique from his other similar roles.

Meena plays the female lead in this movie. It is after a long gap that the actress is seen back in the industry. He plays the role of Rani, wife to Mohanlal, who is seen as Georgekutty, an uneducated farmer.

Drishyam faced a controversy when the climax of the film got leaked. The producer of the film had said that he will be moving legally to take action against the culprits who had committed the crime. 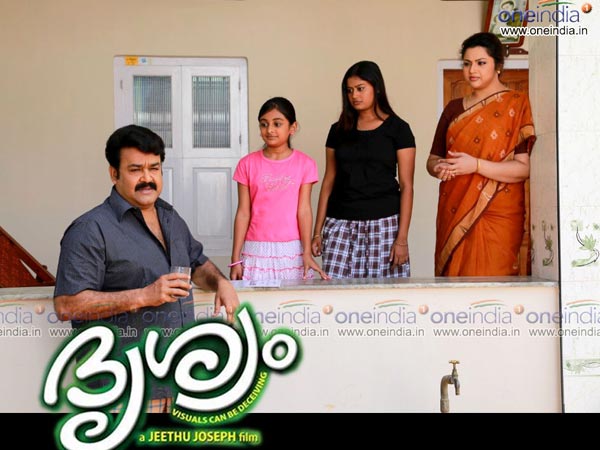 Jeethu Joseph said that he had approached Mammootty at first to essay the role. But, since Mammootty had date clashes and finally the role went saely in the hands of Mohanlal, who has given a brillaint performance.

Today, 19th December, Drishyam has finally hit the theatres. The director assures it to be a family drama, with some elements of comedy as well as tragedy. So, do not miss Drishyam!

Stay tuned to Oneindia to get the latest review.