When Chiyaan Vikram and Suriya shared screen space for a movie named Pithamagan, directed by Bala, it went on to become a super hit at the box office and also managed to grab the eyeballs of critics. Now, after 12 years, the magic might repeat itself.

Only this time around it might get bigger and better, with Suriya's real life brother Karthi all set to wave his wand to add more substance to the already existing magical factor.

According to a report by IndiaGlitz, Vikram, Suriya and Karthi might act in the official remake of an English flick titled Warrior which has already been remade in Hindi under the name Brothers, starring Akshay Kumar, Sidharth Malhotra and Jackie Shroff.

It has been reported that the Hindi producers are keen to remake this film in Tamil as well and that their primary options would be Vikram, Karthi and Suriya. They are expected to approach these three actors anytime soon to initiate talks regarding the same.

The movie is based on Mixed Martial Arts (MMA) and two estranged brothers who are forced to face each other after a long time due to various circumstances. 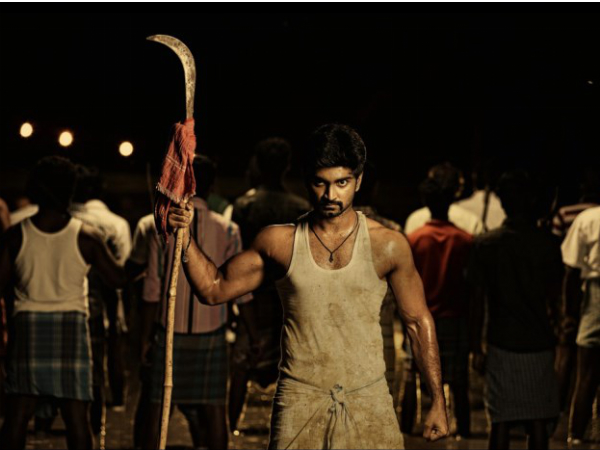 Chandi Veeran Movie Review And Rating: Could've Easily Been A Must Watch!

Will Be A Massive Multistarrer

If everything works out as per the producers' plans and if they do manage to get Vikram, Suriya and Karthi on board for a film like Warrior, it sure promises to be one of the biggest multi-starrer of Tamil cinema in the recent past.

Suriya and Karthi have never acted in a movie together so far and hence it will be a treat to watch them together on-screen as brothers. Also, unlike Suriya, Karthi is yet to work with Vikram as well.

Vikram As Their Father?

In the movie Warrior, the story revolves around two brothers and their alcoholic father. If Suriya and Karthi are approached to take up the primary roles of brothers, one might wonder if Vikram will be approached to play their on-screen dad.

Will Vikram Sport A Salt & Pepper?

If in case Vikram decides to act in the film taking up the role of a father, we might well see him sporting the salt n pepper look for the very first time.

Other Cast And Crew

It will be interesting to see whom the producers approach to direct the film in Tamil. It is anticipated that the rest of the cast and crew will be confirmed only after deciding on the director and the main lead.

It is also being said that the producers have expressed their interest to remake the movie in Telugu as well and that they might approach Prabhas, Raana and Ram Charan to be a part of the flick.