Bepannaah: Zoya and Aditya came CLOSER to each other, makes fans happier। FilmiBeat

Jennifer Winget and Harshad Chopra's show, Bepannaah has impressed the viewers with its unique content. The viewers are not only loving the show for its story, but are also impressed with Jennifer and Harshad's characters.

It is known to all that Zoya is trying to prove that her husband Yash is innocent, while Aditya is adamant and declares that his wife is a cheater. He tries to punish Zoya for Yash and Pooja's mistake.

In the previous episode, we saw as to how Zoya shatters on seeing the divorce papers signed by Yash. Initially, she doesn't believe and blame Aditya for making fake divorce papers.

But Arjun proves that the divorce papers are original. She tells Aditya that Pooja has not signed the papers, while Yash had signed it (which m akes him think that Pooja wasn't ready to leave Aditya).

Aditya finds Zoya talking alone and throwing the ring that she thinks was the last (anniversary) gift from Yash. Aditya finds Pooja's name on the ring and is furious. He returns home and gets ready to party as he wants to get divert his attention from Pooja's matter.

On the other hand, Zoya reaches home and slits her wrist in bathroom. Noor calls Aditya and warns him that she won't leave him if anything happens to her sister. Aditya rushes to Zoya's home and tells to himself that he won't let anything happen to her.

Aditya breaks the door and they take her to the hospital. The doctor declares that Zoya is stable. Meanwhile, Noor scolds the unconscious Zoya for thinking only about Yash and not others. Aditya overhears their conversation.

Aditya & Zoya Thank Each Other

While Noor completes the hospital formalities, Aditya walks up to Zoya and puts his hand on her head. As he tries to leave, Zoya holds his hand and thanks him for saving her life; while Aditya thanks her as he remembers that he was about to get intimate with the girl at the bar.

Mahi wants to shift Zoya to a general ward. Aditya stops her from doing so and says that the hospital trustee is his friend and he has got Zoya's payment complimentary. Seeing Aditya's concern care for Zoya, Arjun gets confused.

Sakshi meets Zoya at the hospital and she reveals her identity (Pooja's mother). She apologises to her and asks her to forgive her for Pooja's mistake. Zoya tells her that it is not Pooja's mistake. Aditya overhears their conversation and recalls about his birthday party. He realises his mistake and feels guilty for behaving rudely with Zoya.

The Police Arrives To Arrest Aditya

According to the latest spoiler, the police enters Hooda house to arrest Aditya as Zoya tried to commit suicide because of him. We assume Zoya saves him from the arrest as he had saved her life.

Post this incident, Aditya decides to help Zoya and takes care of her. He decides to befriend her and tries to get her out of depression. Thus, the viewers will get to watch Zoya and Aditya come closer. It has to be seen whether their friendship turns into love!

Apurva Agnihotri To Bring A Twist On The Show!

Also, there are reports that Apurva Agnihotri will be entering the show. Although not much is known about his character, it is being said that his entry will create a major drama in the story and might also help solve the complication of Yash and Pooja's connection. 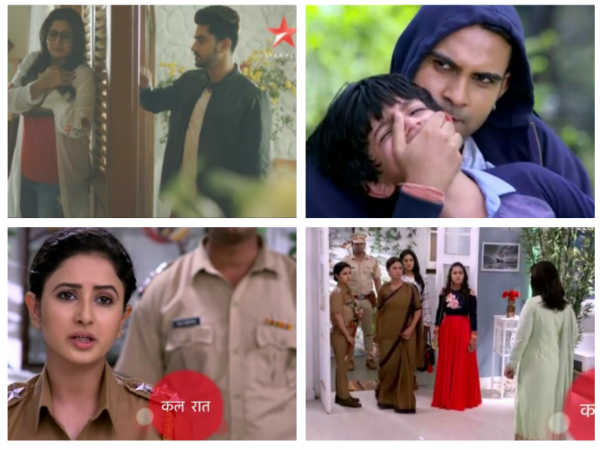 Naamkaran: Avni To Expose Kamini; The Show To Be Replaced By Krishna Chali London!