This time, Zee Rishtey Awards will be held in a unique way! Zee TV will be treating the viewers with a wedding extravaganza special 'Zee Ki Beti Ki Shaadi', in the weeks prior to the main awards ceremony. From roka, Sangeet (which will be hosted by Annu Kapoor) to the main wedding (final episode titled as 'shaadi ki tayyari'), the event will be a grand affair! The viewers will get to watch a real wedding celebration at the event! A couple of promos of the event have been aired on television.

Recently, the nominations were announced with pomp at this special ceremony! The who's who from the Zee Parivaar walked the red carpet. Kumkum Bhayga's Sriti Jha, Shabbir Ahluwalia, Shikha Singh, Ishq Subhan Allah's Eisha Singh and Adnan Khan, Kundali Bhagya's Shraddha Arya, Anjum Fakih, Abhishek Kapur and Dheeraj Dhoopar, Manish Gopalni, Monica Khanna, Shehban Azim and other actors graced the nomination party. Check out the nomination list and the pictures of the actors from the nomination party!

The nominees for Favourite Jodi are:

The nominees for Favourite Kutumb are:

The nominees for Favourite Popular Character (Male) are:

The nominees for Favourite Popular Character (Female) are:

The nominees for Favourite Dharavahik are:

Sharing a picture snapped with Kumkum Bhagya team, Shabbir wrote, "About last night #zra." - (sic). Sriti too shared a few pictures (of her looks) and wrote, "When my style Santa @ankiitaapatel helps me beyond my Comprehension of style." - (sic)

Eisha Singh shared a few pictures snapped with the Ishq Subhan Allah team from the nomination event and wrote, "'This is how a close-knit family looks like' ❤️ #IshqSubhanAllah @zeetv." - (sic)

Jasmin shared a couple of pictures and wrote, "Dressed to host the evening for Zee rishtey awards -nominations special. Totally loved the feels ❤️Thank you so much @stylebysugandhasood for putting the look together at such an end moment and @afreen_makeupartist for making me look and feel pretty 😘 Special thanks to my @zeetv family for always showering so much love on me❤️- (sic)

Shraddha shared a few pictures and wrote, "When they ask me- "Who do you think you are?" 🙄😂 #aboutlastnight #zra2018 #zeerishteawards #nominationparty #nomination #memes #memequeen #gown #eveninggown #love #work #overworked." - (sic) 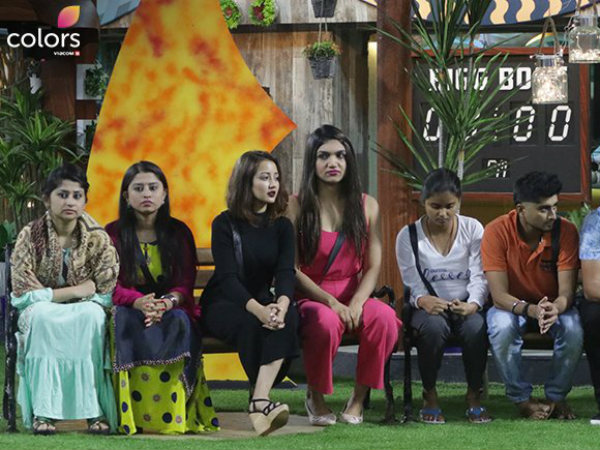