Divyanka Tripathi became a household name with Star Plus' popular show Yeh Hai Mohabbatein. The show made her reach new heights and also received recognition and love worldwide. The actress's chemistry with Karan Patel aka Raman Bhalla was loved by viewers. Now, that the show will soon go off air, Divyanka feels fortunate that she got to play Ishita. She is also thankful for Ekta Kapoor for not just YHM but also for other reasons.

The actress was quoted by TOI as saying, "I feel fortunate that I got to play Ishita. She came as a breath of fresh air and changed my life forever. I'll always be thankful to Ekta for YHM and many reasons. The journey of YHM was so smooth and enjoyable that 6 years just flew away." It has to be recalled that Divyanka met her life partner Vivek Dahiya on the sets of YHM.

As the viewers are aware, YHM will be replaced by its spin-off, Yeh Hai Chahatein. Recently, the makers released a promo in which Ishita and Raman were seen introducing to the female lead - Sargun Kaur aka Prisha, who plays Ishita's 'bhanji' on the new show.

Rumours suggested that Divyanka will be a part of the spin-off as well. When asked about the same, she said, "I'll be a part of some episode of Chahatein I believe. I don't know the exact details yet."

Like YHM, Yeh Hai Chahatein too will focus on social issues. The show will be about a single mother and her struggles. 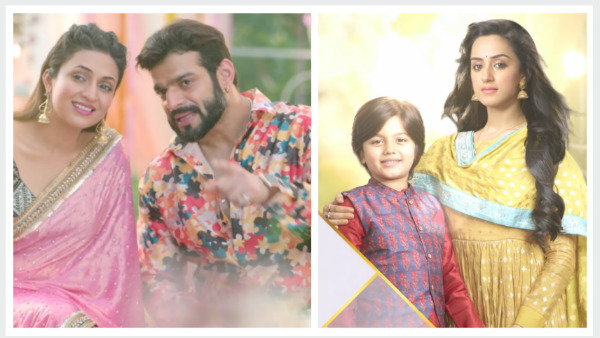