Rising Star 3 judges Shankar Mahadevan, Diljit Dosanjh and Neeti Mohan faced backlash on social media after they pulled off a sexist prank on the show. In the wake of #MeToo movement in India, netizens feel that the judges have taken sexual harassment lightly. In the recent episode, two contestants called Neeti 'Kadak' and 'Raapchik' in red sari. This didn't go well with Neeti as she said they were using cheap language.

Gender equality activist Kirthi Jayakumar and singer Chinmayi Sripaada tweeted about it in a thread. Take a look at Kirthi's tweets: "Absolutely appalled at how @neetimohan18, @diljitdosanjh, @Shankar_Live and the rest of the crew literally threw the #MeToo movement under the bus on @ColorsTV. Speaking up about sexual harassment is not easy, and here you're all belittling it as "mazaak"." - (sic)

‘Sexual Harassment Is Not A Joke’

"Terrible that @neetimohan18 says that she represents all girls on the stage, and then threatens to walk out in response to what is clearly inappropriate and verbal sexual harassment, and then proceeds to laugh at how it is all a prank. Seriously, sexual harassment is not a joke."

‘How Casually You All Treat An Issue So Serious’

"And now @diljitdosanjh apologized to them!! @Shankar_Live says it was a prank by one contestant on another. Thanks to how casually you all treat an issue so serious, there is ZERO accountability in this industry for sexual harassment."

Singer Chinmayi also tweeted, "Hi Shankar sir and Neeti - I called out Mr Vairamuthu and have been banned by the TN dubbing union. Please do know this aint funny. I am fighting a court case. Though support would have been great, this tone deaf ‘joke' could have been avoided.🙏🙏🙏"

One of the users wrote, "This really is very shameful. Here hundreds of women are fighting for their rights. And this is how they decide to act. Do these celebrities even think for one second that they are national youth figures and should think before doing these type of stupid things..."

"Agree. I was zapped at their behaviour. This his exactly how rape culture gets normalized. Shame on the channel and the judges for do this. You are part of the problem." - (sic) 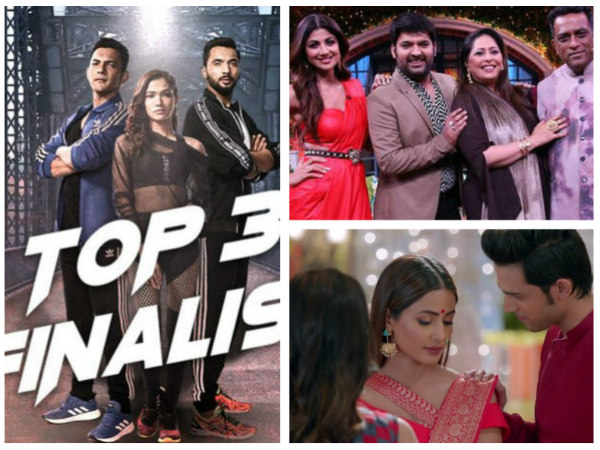