Television shows have become integral part everyone's life. While a few shows win the heart of the viewers, a few others find place on TRP chart. But there are only few lucky shows that get both fans' love and good ratings, and mostly, these are the shows which apparently run for a long time. While a few shows have gone off air, a few of them are still being aired. Take a look at the top 10 longest running Indian shows based on the number of episodes.

Star Plus' Yeh Rishta Kya Kehlata Hai is one such show which has gained both - fans love and TRPs and has been aired since a long time, thanks to its unique content. The show was premiered on January 12, 2009 and as of March 19, 2019, 2872 episodes has been aired! Previously fans loved Akshara and Naitik's story and now they love Kartik and Naira's story.

Life OK/Star Bharat's Savdhaan India - India Fights Back is yet another longest running shows on television. The initial series was titled Crime Alert which was aired on Life OK. The rebooted version is Savdhaan India (Life OK was rebooted as Star Bharat). The show has aired 2,730 episodes. The show focuses on real-life crime incidents in India and the story of struggle of the victims in order to get justice for their sufferings.

SAB TV's sitcom Taarak Mehta Ka Ooltah Chashmah is one of the most loved shows on television. The show, which stars Dilip Joshi, Raj Anadkat and others in the lead roles, went on air on July 28, 2008 and till now, 2,690 episodes have been aired. It is one of the top 10 shows on TRP chart.

Colors' Balika Vadhu was aired between 21 July 2008 and 31 July 2016. The show that starred Avika Gor, late Pratyusha Banerjee, Shashank Vyas, Sriti Jha, Siddharth Shukla, Mahhi Vij and others in the lead role, aired 2,245 episodes. Set in rural Rajasthan, the show revolved around the life of a child bride from childhood to womanhood.

Sony TV's Crime Patrol was premiered on 11 May, 2003. It is the longest running reality crime television series in India that completed 15 years in 2018. Currently, fourth season (2,210 episodes) of the show is being aired.

Star Plus' Kyunki Saas Bhi Kabhi Bahu Thi is considered as one of the iconic shows on television. The show starred Smriti Irani, Amar Upadhyay, Ronit Roy, Shabbir Ahluwalia, Karanvir Bohra, Mouni Roy and others in the lead roles was premiered on July 3, 2000 and ended on November 6, 2008. The show aired 1,833 episodes.

Star Plus' Kahaani Ghar Ghar Kii starred Sakshi Tanwar, Kiran Karmarkar, Anup Soni, Ali Asgar and others in the lead roles. The show was premiered on October 16, 2000 and ended on October 9, 2008. The show aired 1,661 episodes.

Star Plus' Diya Aur Baati Hum that starred Deepika Singh, Anas Rashid, Neelu Vaghela, Ashok Lokhande, Prachi Tehlan, Kanika Maheshwari and others in the lead roles, was premiered on 9 August 9, 2011 and ended on September 10, 2016. The content of the show grabbed viewers' attention. The show aired 1,487 episodes. 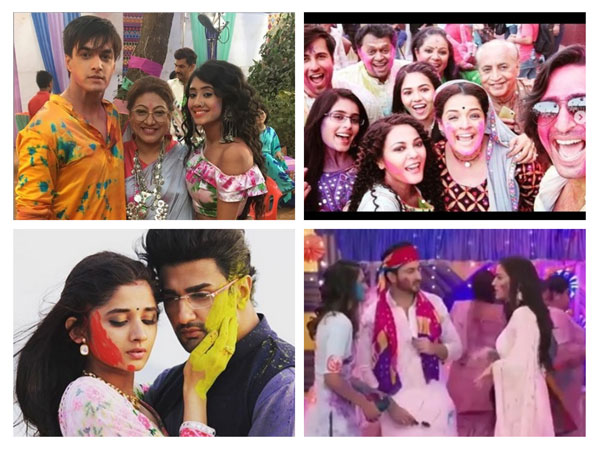