Ramayan actor Arvind Trivedi passed away on October 5. The late actor was remembered by his co-stars- Dipika Chikhlia and Sunil Lahri and took to social media to offer condolences. Recently, Ramanand Sagar's son Prem Sagar remembered the late actor and shared some unheard anecdotes from the sets of the late actor's films. He revealed that Arvind took 20 takes to slap Hema Malini in the film Hum Tere Aashiq Hain.

Prem Sagar was quotes by ETimes TV as saying, "I picked him (Arvind) up from the Gujarati stage. He was a fantastic actor but lived under the shadow of his star brother Upendra Trivedi who was hugely popular. While he was playing an antagonist in Hum Tere Aashiq Hain starring Hema Malini, there was a scene in which he had to slap Hema Malini. He took 20 takes to do it. It was only after Hemaji and I told him that he should forget that she is a huge star and perform the scene. Then he did it."


He also shared another incident that took place on the sets of popular show Vikram Aur Betaal. Taking about the same Prem said that Arvind was signed for a tantrik's role and he told Prem that he would perform the Havan scene in a particular way and he felt it would be blasphemy, but Arvind had the tantrik knowledge. Prem added that it was during the shooting of Vikram Aur Betaal that they tested him for Ravan's role.

He praised Arvind and said that he was the best Ravan that they ever had and no one could have played that role better than him. Prem revealed that Arvind was a huge Shiv Bhakt and recited the entire Shiv Stotra in Sanskrit. He added that Arvindji was meant to play Ravan. He said that it is difficult for him to say whether he was a better actor or a better human being. 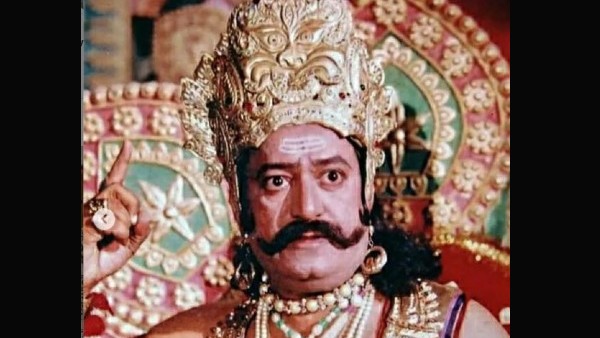 Prime Minister Narendra Modi Condoles Death Of Actors Ghanshyam Nayak, Arvind Trivedi
Prem also revealed that he was invited for The Kapil Sharma Show but he was unwell. He concluded by saying, "We were in touch and I did invite him for The Kapil Sharma Show. But his wife told me that he was not well and unable to speak. He was a huge star and for people to see him that way would not have been good. Again, I did send him an invite for my book launch but then his health had deteriorated. But I know Lord Rama up there in heaven is waiting to meet him in Vaikunth Dham."