The much-anticipated web series Sacred Games 2 is all set to hit the screens on August 15. As per a Livemint report, Netflix has spent Rs 100 crore on the series, which is the most any streaming service has spent on creating original content in India. The director of international originals at Netflix India, Neha Sinha revealed that Sacred Games 2 is a complex show, which has two completely different narrative tracks. Hence, it required two crews - Nawazuddin Siddiqui's gangster character was led by Anurag Kashyap, while Saif Ali Khan's portions were shot by Neeraj Ghaywan.

Sinha further revealed, "Sacred Games 2 is definitely our most complex show that has gone into production till date. We knew at the end of season one that we had to make season two bigger, better and juicier for the audience. For us, the audience comes first and we want to make sure they have a really fantastic experience watching the show."

Just before the show's release, the makers revealed a few videos - one of which revealed as to what to expect from the show; another video is a mini-episode that features Kanta Bai and the third video is titled 'Badass Women of Sacred Games'.

What To Expect From Sacred Games 2

In the first video - What to expect - we can see Gaitonde (Nawazuddin) in a revenge mode. Saif Ali Khan (who plays Sartaj) reveals that the second season is direct continuation of pretty much where the first season ends. He adds, "A bomb is about to go off and he (Sartaj) has to save the world." While Sartaj is seen exploring Bombay, Gaitonde is going places (abroad)!

Guruji’s Character Will Be Huge; New Characters On The Show

Neeraj reveals that Guruji's character will be huge this season. We will get to watch new characters like Batya Abelman (played by Kalki Koechlin) - who is a spiritual counsellor, KD Yadav aka Kusum Devi Yadav (portrayed by Amruta Subhash) - who is a RAW agent based in Kenya and Shahid Khan (Ranvir Shorey).

‘Anything You Don't Expect Is Going To Be There’

Anurag Kashyap says, "Anything you don't expect is going to be there. Hopefully, it will provoke people, shock people, surprise people. The story arcs have gone wilder." Further in the video, Jojo is seen ordering Gaitonde, who in turn, gets into a verbal clash with her over the phone.

The second video, which is a mini-episode, features Kanta Bai and has a man who exposes Isa's plan to others, unaware of the fact that they are on Gaitonde's side. He says that he is going to kill God (Gaitonde). As soon as Gaitonde's men get to know the same, they point weapons towards him and Kanta Bai says, "Game Over!" She asks her men to send him to Bunty.

The third video titled 'Badass Women of Sacred Games' features all the ladies from the show - Jojo (Surveen Chawla), Kanta Bai, Batya, Zoya Mirza/Jameela (Elnaaz Norouzi) and KD Yadav - and how they are associated with Gaitonde.

The latest video (below) introduces Guruji and his role in the second season. 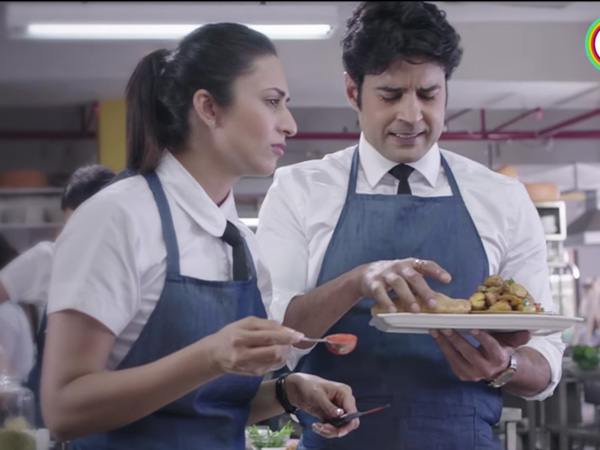