Maharshi team has been ringing up surprises for all Mahesh Babu fans. The array of gifts kick-started with the fascinating teaser, which went on to set some new records on YouTube upon its arrival on April 6, 2019. Now, yet another special gift is in store for Mahesh Babu fans.

As promised, the makers of the film have now come up with the video preview of the song Everest Anchuna, from the film Maharshi. This is a duet song and it features Mahesh Baby and Pooja Hegde. The song set to tune by Devi Sri Prasad is sure to capture the attention of one and all. The picturisation of the song is also splendid.

The team has already released two songs from the movie, namely Choti Choti Baatein and Nuvve Samastham. Now, Everest Anchuna is all set to be the big hit among the masses. Maharshi songs have been set to tune by Devi Sri Prasad.

Meanwhile, reports also have come up that all the songs of Maharshi will be releasing in the online circuits on April 25, 2019. Let us wait for an official announcement regarding this as well. 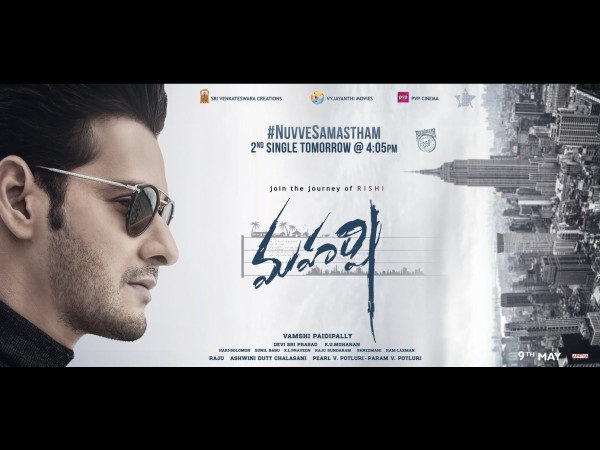