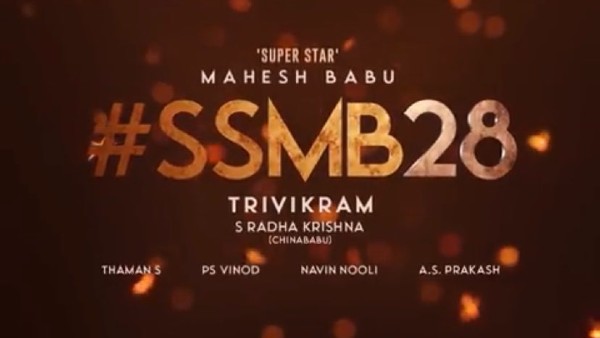 Superstar Mahesh Babu's upcoming film, SSMB 28 is all set to begin its second and important schedule very soon in Hyderabad. The makers of the film, including the director and the musician are now jetting out to Dubai, to discuss the film's music and score.

According to the latest buzz, Trivikram Srinivas, S Thaman, along with the lyricists and team have left for Dubai to take part in a week-long music session. S Thaman and Trivikram have earlier worked together for a fantastic musical hit with Allu Arjun- Ala Vaikuntapuramuloo. S Thaman has won the National award for the song 'Ramulo Ramula'. The duo is expected to repeat the same magic for Superstar Mahesh Babu's film. Fans have pinned all their hopes on the film as Mahesh Babu's last release under the direction of Parasuram Petla disappointed at the box office.

Mahesh Babu is collaborating with Trivikram Srinivas for the third time after Athadu and Khaleja. Pooja Hegde, the film's female lead, is paired opposite Mahesh for the second time after Maharshi. The movie also stars yesteryear actress Shobana in a crucial role. Samyuktha Menon is said to be the second female lead in the film. Rashmika Mandanna is also in talks for a special dance number in the film. 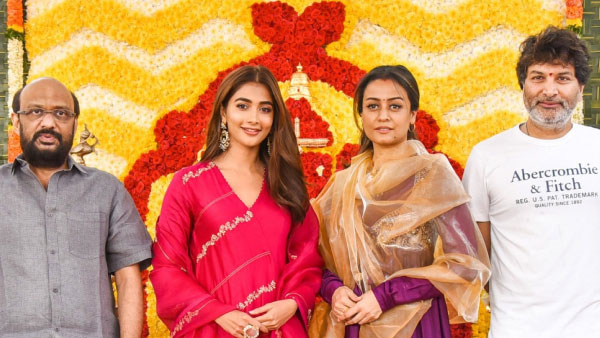 Meanwhile, Mahesh Babu, who is coping with a huge personal loss, is getting ready to take part in the shooting of the film. On the other hand, he also signed a film with director SS Rajamouli, which is going to be really huge.

The movie is produced by Haarika and Hassine Creations by S Radha Krishna and PDV Prasad. PS Vinod is roped in as the cinematographer and Navin Nooli will be the editor. AS Prakash is heading the team of Production Design.