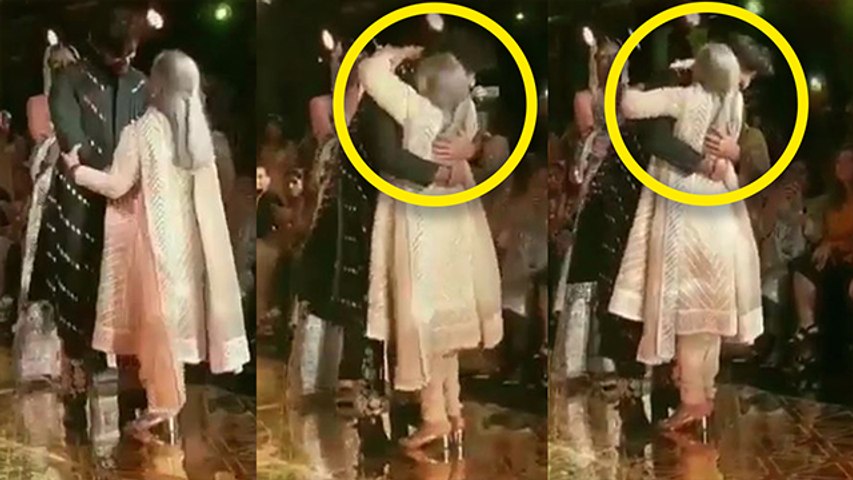 Bachchans are the most prestigious family of B-town. Amitabh and Jaya Bachchan are considered the perfect couple of B-town. They have seen many ups and downs in their lives but always stayed glued to each other like magnets. Just like them, their children - Shweta Bachchan and Abhishek Bachchan are quite happy in their married lives and now the rumours of Bachchans' next 'son-in-law' have been floating on the internet!

Wondering who is he? Well, he's none other than Meezan Jafferi, Javed Jaffrey's son.

Jaya Bachchan Hugs Meezan; Fans Wonder If He's The 'One'

On Thursday night, fashion designer duo Abu Jani and Sandeep Khosla celebrated their 33 glorious years in the industry and the event was attended by Jaya Bachchan, Abhishek Bachchan, Shweta Bachchan whereas Deepika Padukone and Meezan walked the ramp.

A video clip of Jaya Bachchan rushing towards Meezan on the ramp and giving him a tight hug, has been going viral and fans claim that he's indeed Navya Naveli Nanda's boyfriend.

Not So Long Ago, Meezan Was Asked About His Affair With Navya

Meezan, who debuted in Bollywood with Malaal, was earlier asked about his alleged affair with Navya and he had said, "We are from the same friends' circle, she's my sister's bestie and a really good friend. I'm not in a relationship with anyone."

Not so long ago, Navya and Meezan were spotted together inside a car. However, much to everyone's surprise, Meezan was seen hiding his face and he ended up providing fodder to the gossipmongers.

The alleged lovebirds were also spotted together at the Ambani's wedding and were clicked with Deepika Padukone and Ranveer Singh.

Well, doesn't every relationship of B-town start with 'We are just friends'? So, only time will tell if they are actually friends or more than that!

What's your thoughts on Navya-Meezan's alleged relationship? Do tell us in the comments section below.