Actress Rani Mukerji played the role of a woman cop in her latest flick Mardaani 2. She has revealed that Mardaani 2 is a dark film, without any commercial cinema elements attached to it. She says it was an extremely risky movie to make, as it had no songs or dance.

In a recent interaction with IANS, she said, "If you have a look at it, Mardaani 2 was an extremely risky film to make. It is a dark film. It deals with a social issue. It has no song and dance. In fact, it has no songs! It is without any so-called commercial cinema element. But it is a hit and it has managed to become a talking point".

She added, "This is because of the entire team believed in taking a risk to make a film that would challenge these pre-conceived notions of how a Hindi film should be. We only wanted to make a good film that people would want to engage with, that leaves a strong message and we are happy that we have done just that."

"The reason why Mardaani 2 is a success is because the story of our film has connected with audiences and touched their hearts. This is because it deals with the reality of today and deals with what women in our society are facing. We have all read about these issues," Rani told IANS.

Rani expressed that the movie mainly deals with gender equality in our country. She said, "It deals with so many things but at the heart of it, the film is about gender inequality. Shivani faces it in her workplace despite being a top cop and being at the peak of her career. The villain, too, is driven by the feeling that girls need to be below men and detests women who stand up for themselves."

Mardaani 2 has collected Rs 40.20 crore at the box-office so far. The movie talks about the increase in violent crimes against women in India, which is committed by juveniles. Mardaani 2 has been receiving continuous positive responses both from the audiences and the critics, since its release. 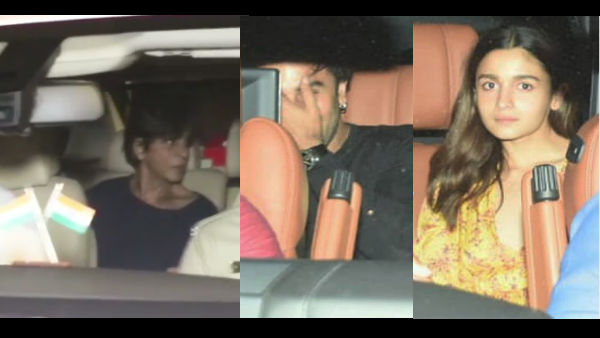