Today, one of the most spectacular films of Bollywood, Anurag Basu's Barfi, completed eight years, and netizens are all praise for the lead cast- Ranbir Kapoor, Priyanka Chopra and Ileana D'Cruz. From stellar cast to breathtaking cinematography, from soulful music to beautiful scenes which didn't require dialogues, the film had everything that made it a unique piece of cinema.

Check out how netizens are celebrating on Twitter as Barfi turns eight.

@sharmilamaiti: BARFI!! One of the finest movies Bollywood has ever produced❤ Congratulations on completing #8yearsofbarfi.

@asutoshnayak201: A masterpiece that made us unforgettable smile, laugh & cry. Celebrating 8 Years of Barfi!

@MovieReviewsBlg: Films like Barfi are so rare. A film that leaves deep Impact with minimal Dialogues. #RanbirKapoor just took his role to an another level. @priyankachopra nailed her role as well. Impressive Bollywood Debut for @Ileana_Official.

@FightForPC: Priyanka Chopra's portrayal of Jhilmil, an autistic lonely girl in Barfi is one of the finest performances ever given by an actor in Bollywood!

@sharanster: The three leads of the film who made it a memorable experience for all of us. Ranbir Kapoor, Priyanka Chopra and Ileana D'cruz giving one of their career best performances. 8 YEARS OF CLASSIC BARFI.

Going by the tweets, one can say that Barfi is a film that had touched millions of hearts. No wonder why even after eight years of its release, netizens can't stop praising the film and remember little details of it like they've watched the film yesterday. 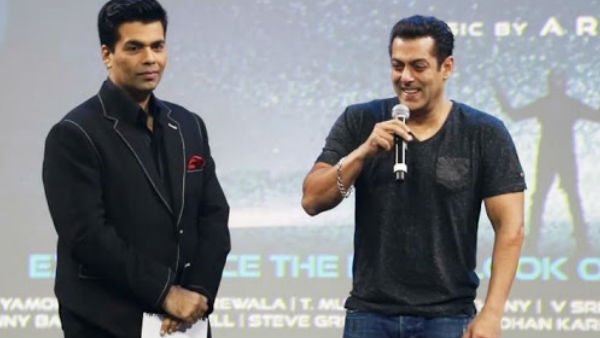 When Karan Johar EMBARRASSED Salman Khan Over Aishwarya Rai Bachchan In Front Of A Huge Crowd!