Actress Zaira Wasim, who has been in the limelight from the past two days owing to her recent tweet, that read, "So We sent upon them the flood and locusts and lice and frogs and blood: Signs openly self-explained: but they were steeped in arrogance- a people given to sin"-Qur'an 7:133." Zaira's tweet didn't go down well with her followers, as they felt that the actress is justifying the locust attack all over the India. 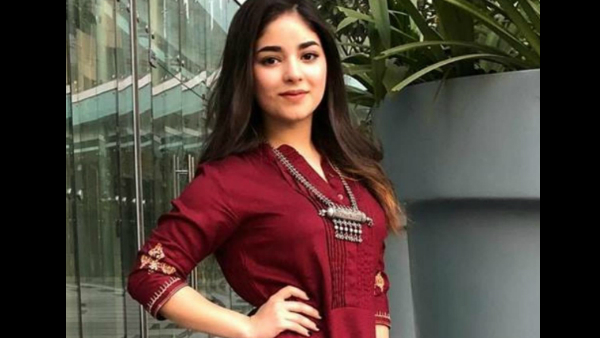 She replied, "Because I'm just a human, like everyone else, who's allowed to take a break from everything whenever the noise inside my head or around me reaches its peak :)."

While some trolled Zaira, some defended the Dangal actress.

A user wrote, "Stay strong...Say what you have to as long as you are not humiliating someone or someone's faith... Deactivating account, deleting post empowers the trollers... Don't do it, stand by what you believe... Much love."

"You're one of women I admire immensely and aspire to be. Thank you for coming back," wrote another user.

Last year also, Zaira got embroiled into a controversy, when she announced her disassociation from acting, saying she was not happy with the line of work, as it interfered with her faith and religion. With respect to work, she was last seen in The Sky Is Pink, which also featured Priyanka Chopra and Farhan Akhtar in the lead roles.