Yami Gautam recently took her fans by surprise when she announced her wedding with Uri: The Surgical Strike director Aditya Dhar on her social media handle. Since then, many pictures from her low-key wedding have been going viral on the internet. Recently, we came across two more new photos from her nuptials which you just shouldn't miss!

Dressed in a crimson silk saree with gold work on it and a matching dupatta on her head, the Bala actress makes for a resplendent bride. Yami completed her bridal look with a circular maang tika, a choker, a layered golden necklace and a Pahadi nath as a homage to her Himachal Pradesh roots. 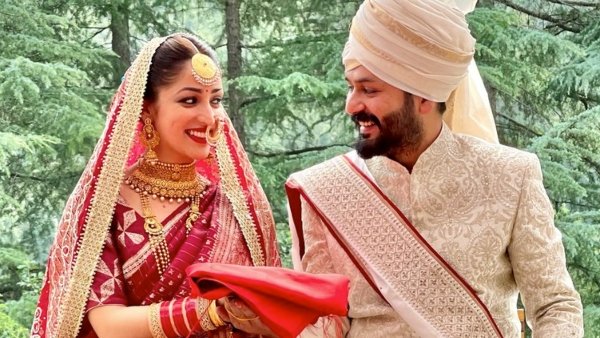 In the first picture, Yami is seen flashing her pearlies at the camera, while the second photo is more of a candid shot. Have a look below.

Earlier in an interaction with Mid-day, Yami and Aditya's wedding planner Gitesh Sharma had spilled the beans about the couple's intimate, traditional wedding at Yami's farmhouse in Mandi, Himachal Pradesh. He had revealed that the couple did not want a 'larger-than-life, glamorous wedding' but a traditional one instead. 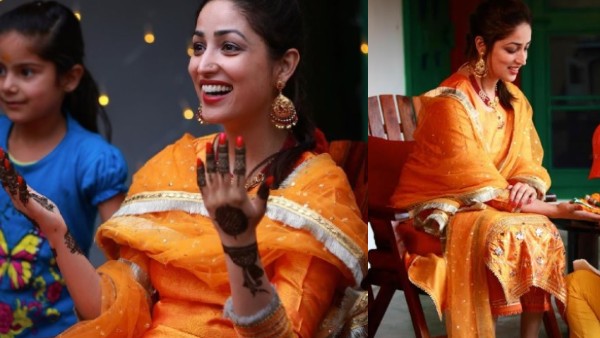 He was quoted as saying by the daily, "They got married in front of a deodhar tree. The mandap was decorated with marigold flowers and banana leaves, with a gold-and-white theme running across the décor. After the wedding, there was a small reception in the evening with family members. The mehndi was held in the courtyard." The wedding was followed by a traditional lunch or Mandi dham.

Later, the newlyweds took to their respective social media handles to break the news of their new beginning with heartfelt posts. Yami also treated fans with some stunning pictures from her mehendi and haldi ceremony.