Sandalwood actor Sudeep has a series of films lined up. Besides Pailwaan,Kotogobba 3 and Billa Ranga Basha, Kiccha is making headlines for featuring in Salman Khan's Bollywood film Dabangg 3. The shoot for the action-comedy recently began and guess what! Sudeep's role in the film has been leaked. Behold, Kichha fans. After watching Rocking Star Yash in KGF, fans will get to see Kichha don a similar role in forthcoming Hindi film. What makes it more interesting is the fact that Sudeep will be seen fighting against Salman Khan in Dabbang 3!

According to Bollywood Hungama reports, Sudeep will be playing the role of the antagonist, involved in land mafia. There is going to be a lot of cat and mouse chase between Kichha and Salman in the film. Watching them fight against each other will indeed be a treat to his fans.

However, Sudeep's look from Dabbang 3 is yet to be revealed. Fans are quite curious to see if the actor has retained his physique from Pailwaan, which has ended up as a trend on social media platforms. The Pailwaan body challenge even went viral a while ago. 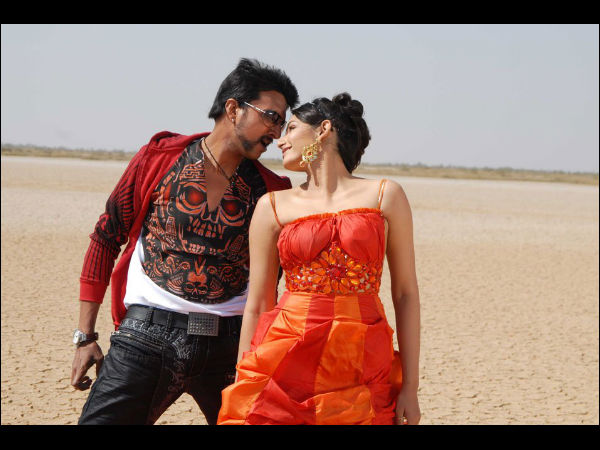 Ragini Dviwedi: 'Sudeep Is Very Special To Me'; Calls Herself Kiccha's Female Version!

The first schedule shoot for Dabbang 3 is currently taking place in Madhya Pradesh. The team started with the filming of the title track. The lead actress Sonakshi Sinha recently announced on her Instagram handle that she's joined the cast. Watch the space for updates on Sudeep's next big Bollywood film!