Jayasurya, the versatile actor has received a special jury mention, in the 63rd National Film Awards. Both the Malayalam movie industry members and fans are extremely happy about Jayasurya's success.

Check It Out: Ramesh Sippy Is All Praises For Jayasurya!

The media and the fans had expected that Jayasurya will walk away with the Best Actor trophy in the Kerala State Fim Awards. But he was restricted with a Special Mention, which didn't go well with the audiences.

Jayasurya, has undoubtedly made a great achievement, by competing with the one and only Amitabh Bachchan, for the Best Actor trophy in the final round of National Awards. The actor considers it as the greatest honour.

Even though he couldn't grab the Best Actor award, the jury decided to appreciate Jayasurya's performances in Su Su Sudhi Vathmeekam and Lukka Chuppi, with a special mention.

Malayalam movie industry has grabbed 10 awards in the 63rd National Film Awards, in both Feature and Non-feature categories. Pathemari, the Mammootty starrer won the award for Best Malayalam movie. 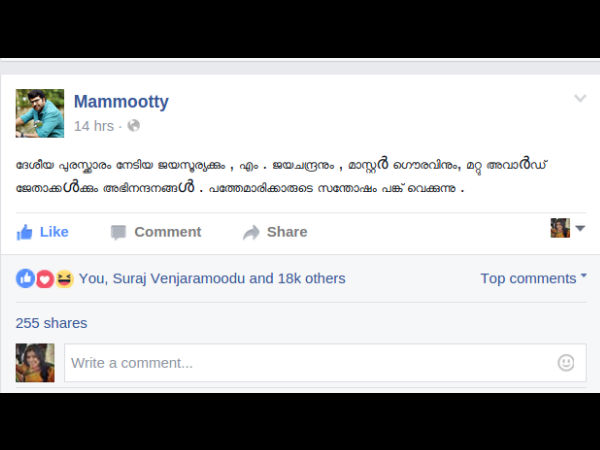 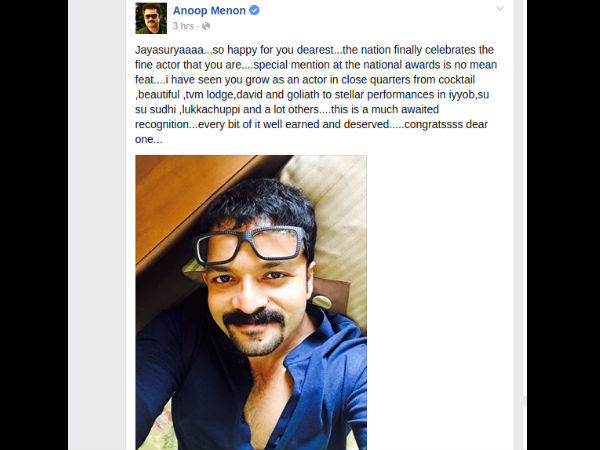 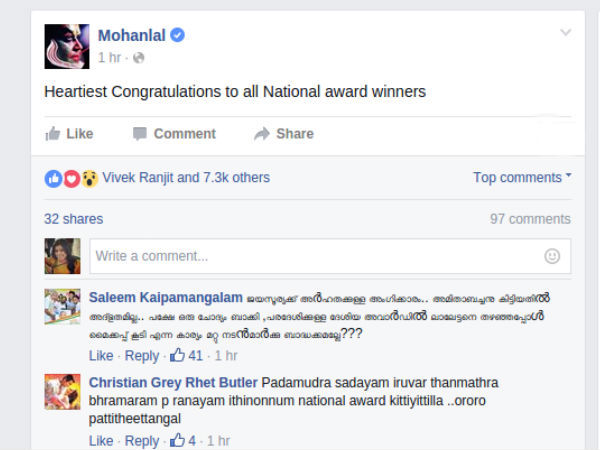 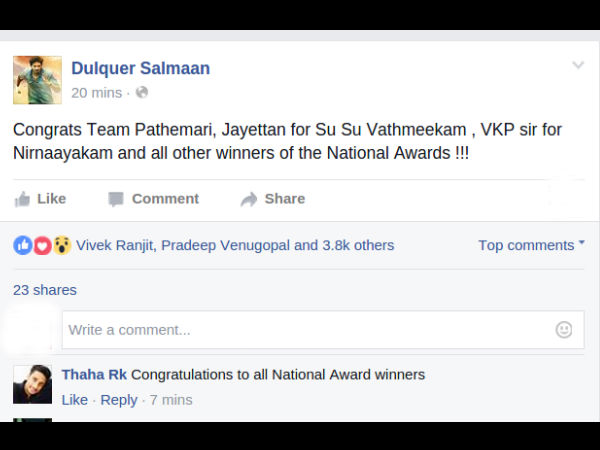 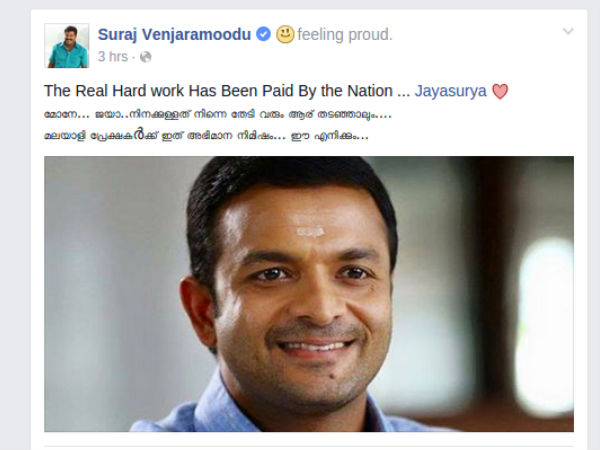 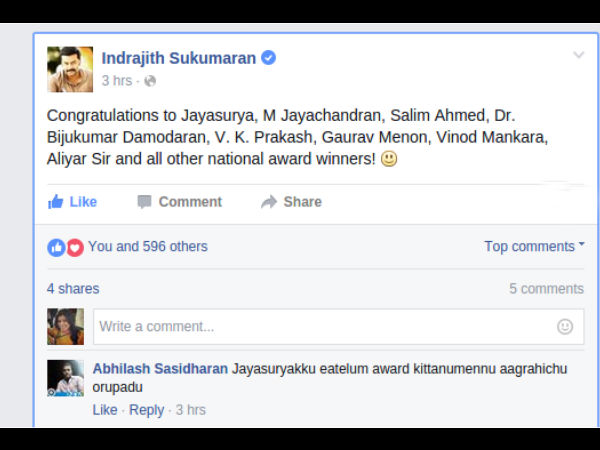 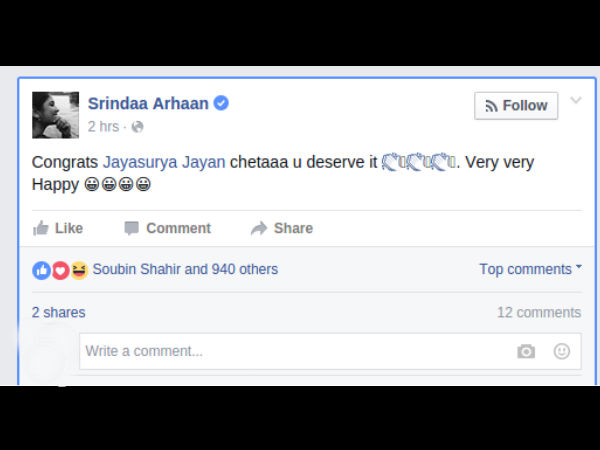 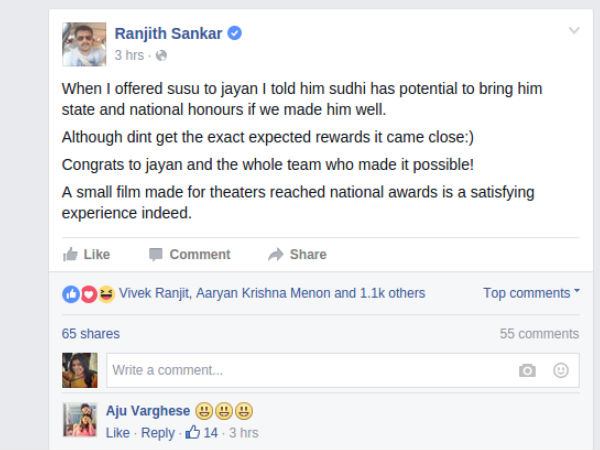 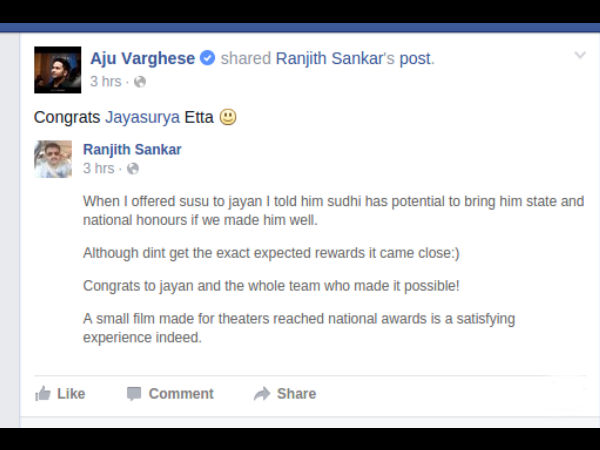 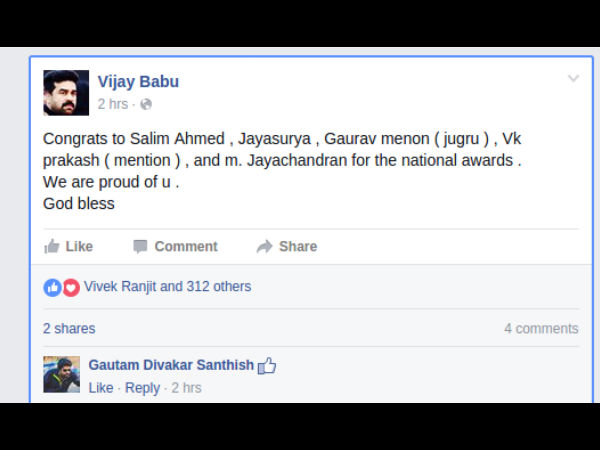 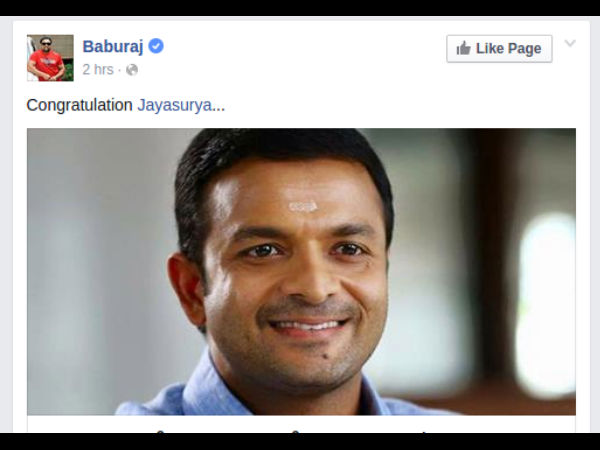 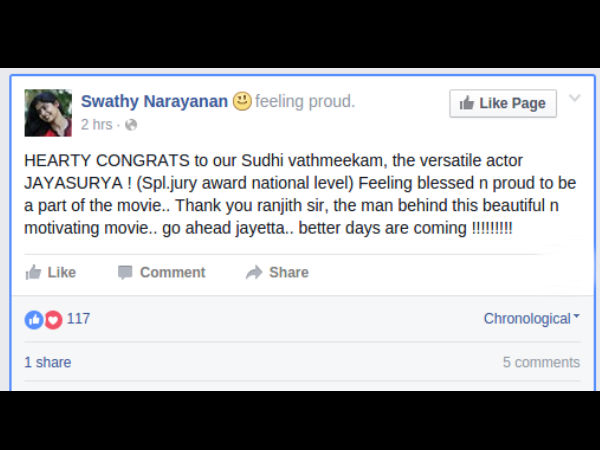 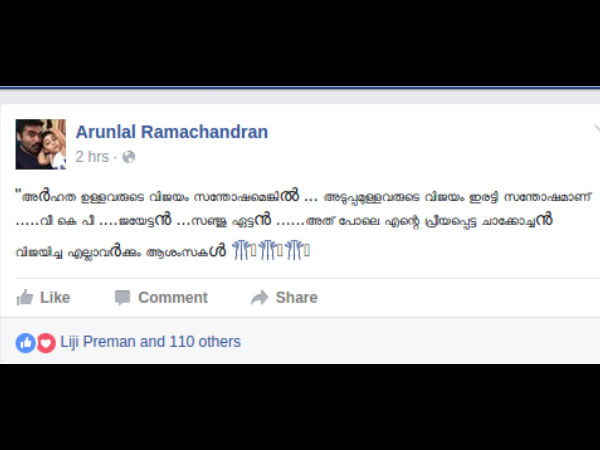