Kaanekkane, the upcoming multi-starrer that features Tovino Thomas, Suraj Venjaramoodu, Aishwarya Lekshmi, and Shruti Ramachandran, was launched recently. As per the reports, the Manu Ashokan directorial will start rolling in a couple of weeks. The believable sources suggest that Kaanekkane will start rolling by the second or third week of October 2020.

According to the sources, the multi-starrer will start rolling in Ernakulam. The reports suggest that Chottanikkara is Ernakulam district will be the main location of the movie. Kaanekkane will mark the second onscreen collaboration of Tovino Thomas and Aishwarya Lekshmi, the onscreen pair who was totally loved by the audiences for their impeccable onscreen chemistry in Aashiq Abu's Maayanadhi.

The highly anticipated project will mark the second outing of Manu Ashokan, the talented filmmaker who made a fantastic debut with the acclaimed movie Uyare. The movie will also mark director Manu's reunion with the writers of Uyare, Bobby, and Sanjay. The first look poster of Kaanekkane was recently launched by the superstars, Mammootty and Mohanlal through their official social media pages.

Kaanekkane is said to be a film that revolves around the fictional story of real human relationships. According to director Manu Ashokan, it is totally a performance-oriented film, that majorly depicts the emotional journeys of the four main characters, played by Tovino Thomas, Aishwarya Lekshmi, Suraj Venjaramoodu, and Shruti Ramachandran. Kaanekkane will feature Prema Prakash and Rony David Raj in the other pivotal roles.

Alby Antony is the director of photography of the project. Ranjin Raj composes the songs and background score for the movie. Kaanekkane is produced by TR Shamsudheen, under the banner DreamKatcher. 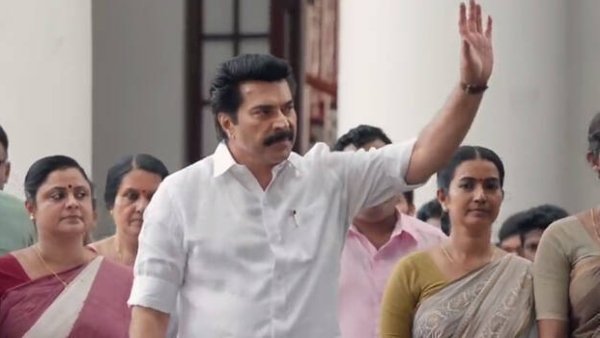