Fahadh Faasil is a name that doesn't need any introduction. The actor, par excellence, has throughout the course of his career made a special place in the heart of audiences not just in India, but all around the globe. C U Soon, Joji, Kumbalangi Nights, Bangalore Days, are just a handful of all the movies where the fabulous Fahadh made sure that we do not blink when he's on-screen and we just think about him once he goes off-screen.

His next big release is Malik which will be premiered exclusively and directly on Amazon Prime Video on the 15th of July. Malik is one of Fahadh Faasil's biggest and most-anticipated movies in recent times. Ahead of the movie's much-awaited release, we have listed down five movies where has gone beyond fine acting to put us all in awe of him:

Malik: This movie cannot skip any list wherever we talk about fine acting, a powerful story and the character Sulaiman. Fahadh Faasil can be seen in three shades in the movie - as a youngster, as a middle-aged man and as an old guy. From what we can see from the trailer, Fahadh has already sunk into the skin of the character to once again nail what is sure to be a fine performance.

C U Soon: Before Malik, there was C U Soon! Experimentation, Mahesh Narayanan and Fahadh Faasil are usually said in the same breadth within the Indian Film Industry. During the lockdown, the barriers did not stop this duo from creating a cinematic masterpiece as these guys shot an entire feature film on an iPhone! The movie garnered much appreciation and brilliant reviews, all of them praising Fahadh for his brilliant performance. 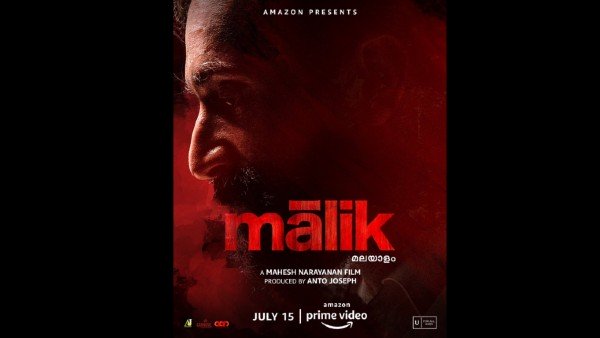 Njan Prakashan: Through Njan Prakashan, Fahadh Faasil breathed life into the character of Prakashan and P R Akash. He perfectly portrayed an ambitious guy who slightly deviates from the regular path in order to be successful, but returns to his roots and finds happiness within all that he has been gifted with. This is one of the must-watch feel-good Malayalam movies

Kumbalangi Nights: Shammi made us laugh, scared and in absolute awe of him. The drastic turns that his character took from the start of the movie to its end, cannot be appreciated enough. In the beginning, where Shammi in the beginning, seems a bit weird. But watching a guy who is adamant about his principles to the sheer madness which he spills all over in the end is absolute brilliance.

Varathan: Unpredictability is what our guy loves best. The way Fahadh plays these characters just makes everything seem too real and perfect. This movie should be definitely seen for Fahadh and the manner in which he seamlessly takes the story ahead.

Talking so much about the man, we definitely want to see more of him. But the wait will be over in almost just two weeks as his next big film- Malik will launch on Amazon Prime Video on July 15.