Last week was both interesting as well as exciting as far as Kollywood was concerned. From new releases to hot gossips, we bring you the highlights of last week(13th of March to 19th of March).

First up, National Award winning actor Bobby Simha was reported to be a part of the sequel to Ko, the 2011 hit movie starring Jiiva and Karthika Nair in the lead.

It was said that Bobby Simha and Nikki Galrani would feature in the sequel titled Ko 2 and that Sarath would be directing the movie.

Next up, a good news from the star couple Sneha and Prasanna. Prasanna, was more than happy to reveal that his actress wife Sneha is pregnant with her first child, on his social networking page.

And then came the pricey news. According to a source, Vijay's introduction song in Puli would present a never seen before experience to the viewers and that it is being shot at a set worth a whopping 5 crore rupees.

Just a few days before its release, Kanchana 2 was predicted to be a success at the box office by none other than Rajinikanth. How true his words turned out to be? 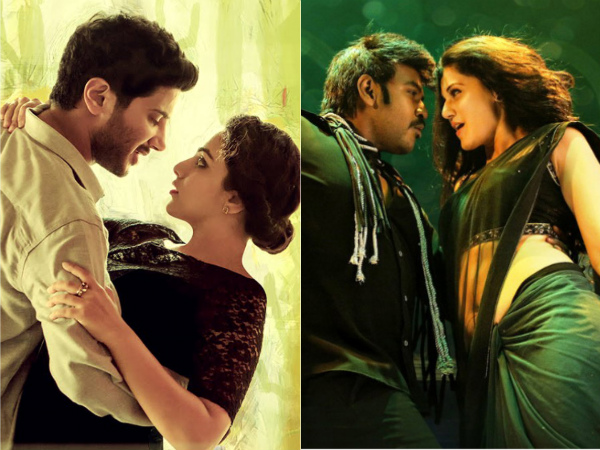 Last week also witnessed a sad news. Malaysian model turned actress Haanii Shivraj who was seen in Venkat Prabhu's Biryani passed away after succumbing to cancer. The Masss director had expressed his condolences to the grieving family.

It was speculated that Suriya would soon be seen romancing Priyanka Chopra in his upcoming film which is a Tamil-Telugu-Hindi trilingual. But later, the reports were sidelined as mere rumours as Suriya himself were not aware of such developments.

After sources claimed that Nithya Menon refused to share the big screen with Ajith as his sister, reports started doing rounds claiming that Lakshmi Menon would take up the role. The film is tentatively titled as Acchamillai and will be directed by Siva of Veeram fame.

Vishal was signed in to be the brand ambassador for a famous soft drinks after his recent successes. The company had to give up on their previous ambassador Salman Khan to bring Vishal on-board.

Speculation Of The Week

Choreographer turned actor turned director, Prabhu Deva was speculated to have started a new relationship with a Kannada actress Tejaswini. The actress laughed it off by saying she is not even friends with Prabhu Deva.

As a birthday treat, the first look poster of Vikram's 10 Enradhukulla was released on the actor's birthday on 17th of April. The actor sure looked stylish and young in the poster.

It's Trisha For Kamal!

When Samantha Was Injured

While shooting for a stunt sequence in 10 Enradhukulla, actress Samantha sustained a minor injury. The actress had posted a picture of her injured arm in her social networking page. Looks like Vikram is not the only person involved in action in the upcoming flick.

Jyothika's 36 Vayadhinile got a clean U from the Censor Board after it was viewed by the CBFC members last week. Coming out of the CBFC chamber without a single cut, the film might be released on May 15th it was said.

When Dhanush Went Back To His School

Dhanush posted on his Twitter page, a photo of himself along with the cameraman of his upcoming project. The photo was apparently taken at his school where he studied from LKG to 10th as the team had decided to shoot some important scenes at Dhanush's school.