MGR Magan, the Sasikumar starring family entertainer has finally premiered on Disney Plus Hotstar. The movie, which is helmed by the renowned filmmaker Ponram, features senior actor Sathyaraj in a pivotal role. MGR Magan is produced by Siddharth Ravipati and Senthil Kumar, under the banners Screen Scene Media Entertainment.

A couple of light moments

'Anbalippu' Ravi (Sasikumar) is the son of MG Ramasamy aka MGR, a renowned ayurvedic practitioner, and Raasathi (Saranya Ponvannan). The father-son duo shares a strained relationship, owing to Ravi's carefree lifestyle. However, things take a different turn when the mountain, from which MGR gets his medicines, is about to be turned into a stone quarry. 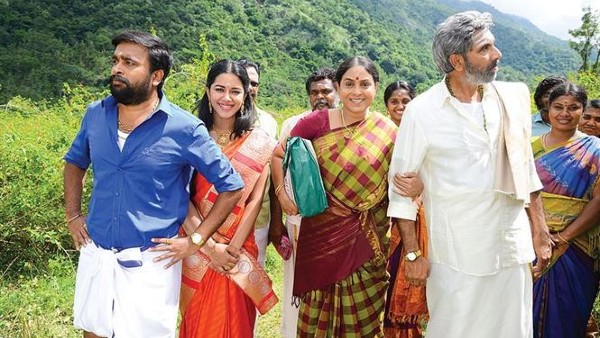 Despite having the potential to emerge as a decent family entertainer, director Ponram has crafter a film that barely scratches the surface. The extremely lazy writing and making, that barely makes use of the potential of the main plot, is the biggest letdown of MGR Magan. Even the sub-plots that had the spark (for eg. leading man's obsession with getting into the front page of a newspaper), are left behind unexplored.

Instead, director Ponram settles for the age-old tiring character tropes of Tamil cinema (like the forever helpless mother, supportive uncle, and so on) with almost no effort to bring anything new. Some of the emotional scenes look outright bizarre, owing to the bad staging and dialogues. There are a couple of light moments that provide comic relief to some extent, but those couldn't save MGR Magan from emerging as a tiresome, forgettable watch. 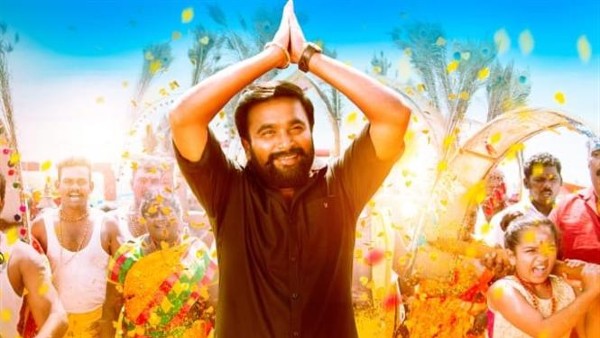 Sasikumar is good in his role 'Anbalippu' Ravi and manages to shine at parts in his signature style. Sathyaraj too is his usual best. Samuthirakani, who plays the uncle provides the much-needed comic relief along with Singampuli.

Saranya Ponvannan, the National award-winning actress is once again reduced to a helpless mother character. Mirnalini Ravi, the leading lady has delivered a decent performance in her minimal role.

Vinoth Rathinasamy's cinematography has created the perfect backdrop for the narrative. Vivek Harshan's editing is fine. Anthony Daasan's songs are forgettable, while the background score is okay.

MGR Magan, despite having the potential to be a decent entertainer, ends up as a tiring, forgettable watch, thanks to its outdated making style.