Chetan Hansraj is one of the most talented actors in the television industry, who has done versatile roles. He has been in the industry for a long time, and has done remarkable roles in many popular shows and films. The actor played the role of young Balram in BR Chopra's Mahabharat. In an exclusive interview with Filmibeat, Chetan spoke about funny and memorable moments from BR Chopra's Mahabharat. The actor also spoke about non-payment of dues in the television industry and also gave a message to his fans during the Coronavirus pandemic.

BR Chopra's Mahabharat in which you were seen as a child actor is being telecast currently on the television. How does it feel?

It feels amazing. Even after 30 years people love watching it. It feels fantastic to know that.

Any memorable moments from the show?

There are many memorable moments. I remember, when I saw Arjun, Karan and Bheem, I couldn't believe how big they were as they were all tall and muscular, especially Bheem, I was like oh my God! What is this (laughs).

It was pretty interesting as when I was shooting that show, I was 14 and at that age, we grow rapidly. I finished the shoot after 7-8 episodes and we had a break for 4-5 months. Later, there was a flashback shoot, and when I went to do it, I had grown 6-inches. They were like what do we do? (laughs). Then we did the whole flash back shot sitting down.

This has been there for a long time now. India is where mythology works and general public is very interested in it. So not only during lockdown, in general, all mythological shows always do well in India. Shows like Mahabharat and all will permanently do well as people are interested in mythology, and also because the dialogues and the way BR Chopra's Mahabharat was written was outstanding.

You were seen in Naagin 3, and currently doing RadhaKrishn. Tell us about your upcoming projects. Is work hard to come by in these tough times?

Right now, shootings are off. The last show I did was on Dangal TV (Alif Laila), which will probably be aired after a month. I am playing a wizard in the show and It's a very interesting role. But as of now, everything is on a stand still. I think, it will take a couple of months before we start shooting.

How was it working with Dangal TV?

It was fantastic. I had a good time working with them. They were professional. The script (Alif Laila) was very interesting and it's a fantasy kind of show that I had not done before. It was fun.

Will we get to watch you on digital shows?

I hope so! I'm looking forward to doing some digital shows/films, as I still haven't done any in that platform.

Which has been your most memorable role on television till date?

There were a lot of episodes from Ssshhhh...Koi Hai and in one of the episodes I played, Pahadi Raja, which is a fantastic role and is being remembered by people even now.

Chetan On Non-Payment Of Dues & Advice To Fans

The Coronavirus outbreak has impacted the world! The movies and television shootings have been stopped. Many actors and cast members are facing non-payment of dues. What do you have to say about it?

It's not fair! People don't pay saying Coronavirus hai tho office band hai. It is very shameful! We actors don't get regular cheque and are relying on cheques which anyway comes 3-4 months later. Now, they have got this reason, saying office bandh hai, so It is very unfair. Some government body or CINTAA should take action as so many actors are struggling.

Lastly, what is your message to the fans during this difficult period.

I know that it is difficult and people are frustrated already. Now, in Bombay the lockdown is till May 30, and further lockdown might be extended, if condition gets worsens. So, at these difficult times, don't get frustrated. Try and learn something new in this time. There are so many courses online, better yourself by doing them, instead of just watching television or movies the whole day and wasting time. Do something positive and creative. Time will pass faster. 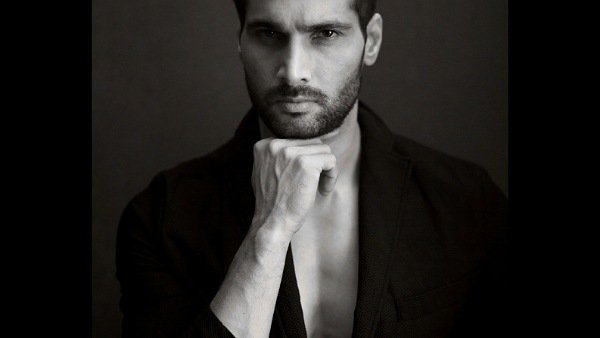 Also Read: Exclusive Interview! Aham Sharma Is Ready To Do Bold Scenes In Web Series Only If Story Demands!