Producer Ekta Kapoor has been bestowed with the prestigious Padma Shri award this year for her contribution to the field of performing arts. Many friends and well-wishers from the TV industry took to social media to congratulate the Czarina of the small screen.

Hina Khan tweeted, “This is such a great great news.. I am so so happy for you.. you deserve every bit of it.. congratulations once again ‪#JaiMataDi.” Naagin star Mouni Roy also shared her happiness and wrote, “Nobody deserves it more @ektaravikapoor loveee and biggest congratulations.” Best friend and actress Anita Hassanandani, producer Rhea Kapoor and many other celebrities also congratulated Ekta.

In another related news, Television actress Sarita Joshi has also been bestowed with the prestigious state honour. Sarita has been a part of many successful shows such as Ek Mahal Ho Sapno Ka, Baa Bahoo Aur Baby, and Bh Se Bhade to name a few.

An elated Sarita told PTI, "I am very happy and humbled with this honour. I am working from an early age, I have never worked for awards, for me work is worship. I have always worked from heart and given my best in whatever I have done. I will be known as Padma Shri Sarita Joshi, this is such a big honour. I am happy as my children are happy,"

For the uninitiated, Padma Shri is the fourth highest civilian award of the country. The ceremonial function will see the President of India honouring the Padma awardees at the Rashtrapati Bhavan in either March or April this year. 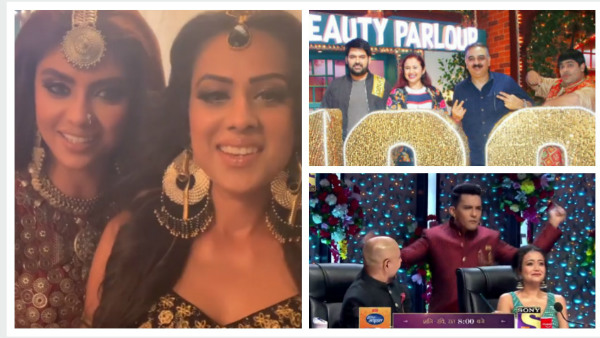