The latest TRP ratings for the Week 37 (September 10-September 16 , 2022) are out. Top 5 shows have retained their places on the BARC chart. Bhagya Lakshmi has witnessed a jump and Pandya Store has re-entered the chart. There are no changes among channel- Star Plus and Colors TV have retained their top 2 places. Take a look at top 10 shows and top 7 channels.

Anupamaa, Ghum Hai Kisikey Pyaar Mein and Yeh Hai Chahatein have retained their top three places. The Star Plus' shows have managed to get 3.1, 2.9 and 2.4 ratings, respectively.

Bhagya Lakshmi has occupied the sixth place followed by Banni Chow Home Delivery, Kundali Bhagya, Kumkum Bhagya and Pandya Store at the seventh to tenth places with 2.1, 2.0, 2.0, 1.9 and 1.8 ratings, respectively.

Other Popular Shows That Are Not On TRP Chart

Other popular shows that are not on TRP chart are- Colors' Naagin 6, Khatron Ke Khiladi 12 and Udaariyaan have managed to get 1.5, 1.6 and 1.7 ratings, respectively; Star Plus' Ravivaar With Star Parivaar has managed to fetch 1.7 ratings; and SAB TV's Taarak Mehta Ka Ooltah Chashmah has got 1.7 ratings. 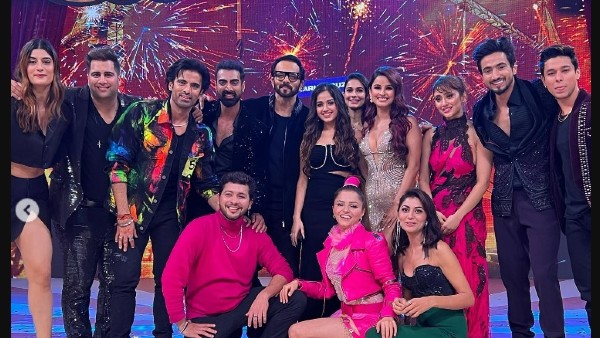 Tejasswi Prakash Talks About Playing Dual Role In Naagin 6, Says She Had No Qualms Playing Mom On Screen