According to producer T Siva, Shalini Pandey was roped in to play one of the lead roles in the action thriller Agni Siragukal, which is produced by his home banner Amma Creations. The Arjun Reddy actress even joined the sets and shot for the project for about 27 days.

However, Shalini later decided to quit the project in the midway due to undisclosed reasons and refused to shoot for the movie. The producer alleges that the actress decided to quit Agni Siragukal after she was roped in to play the female lead opposite Ranveer Singh in the upcoming Bollywood project Jayeshbhai Jordaar.

According to the producer, Shalini Pandey is not interested in South Indian films anymore and wants to concentrate on her Bollywood career. The actress, on the other hand, has not reacted to the producer's allegations yet. However, the team has now replaced Shalini Pandey with Akshara Haasan in Agni Siragukal. The action thriller also features Arun Vijay, Vijay Antony, Nassar, and Prakash Raj, as the protagonists.

Shalini Pandey went on to become an overnight sensation with her portrayal of the character Preethy Shetty from the blockbuster movie Arjun Reddy. The actress later appeared in the highly acclaimed movie Mahanati, in which she played a pivotal role. Shalini also made her Tamil debut with the romantic comedy 100% Kadhal, which is a remake of Telugu superhit 100% Love.

The actress will soon make her Bollywood debut with the upcoming Ranveer Singh starrer Jayeshbhai Jordaar. The movie, which also features Boman Irani and Aparshakti Khurana in the pivotal roles, is produced by Yash Raj Films. 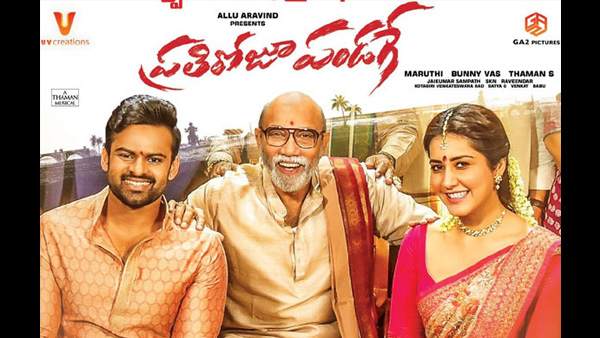