Kapil Sharma is all set to debut as a main filmstream actor in the upcoming flick, Kis Kisko Pyaar Karoon and guess who did he first show it to? The only and only Shahrukh Khan!

Kapil Sharma flew to Hyderabad where Shahrukh Khan was busy shooting for Rohit Shetty's Dilwale along with Varun Dhawan, Kriti Sanon etc and gave these stars a special preview of his movie in the city.

A premiere of the movie was arranged in Hyderabad just for Shahrukh Khan and Dilwale team, who saw the movie and enjoyed as well. 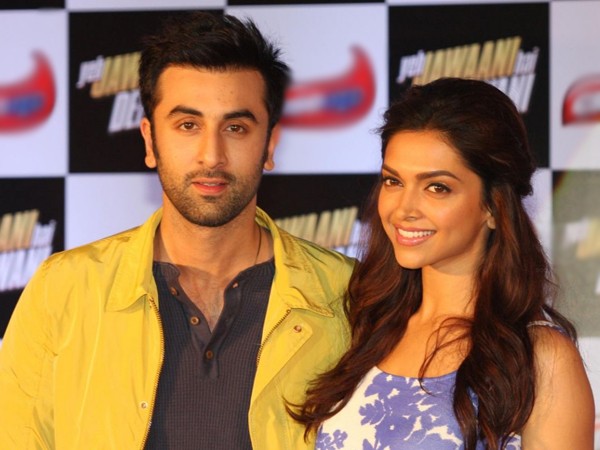 Here's What Deepika Padukone Is Gifting Ranbir Kapoor For His Birthday

Shahrukh Khan shares his opinion about the movie, gives a small movie review of Kis Kisko Pyaar Karoon, he wrote, "2 much fun watching KKPK. @KapilSharmaK9 @varunsharma90 it's a laugh riot. Thanx for making me laugh so much. AbbasMastan lov u both."

So, if Shahrukh Khan has gives thumbs up to the movie and has lauded the actors and directors, it is only safe to say that Kapil Sharma's debut movie Kis Kisko Pyaar Karoon will definitely be worth the watch.

Post watching the movie, SRK posted a selfie with Dilwale team and Kapil with the tweet, "It's so nice to hang out with team Dilwale & Komedy King Kapil after a hard day at work. Ok not so hard but hot."

Check out SRK and Kapil's pics together...

SRK-Kapil Both Shared This Pic

Both Shahrukh and Kapil posted this pic on Twitter, the latter tweeted, "Grt fun watching d 1st screening of #kkpk in HYD with team #dilwale @iamsrk @Varun_dvn @varunsharma90 n @kritisanon," along with this picture.

Kapil Sharma and SRK dancing on the stage at an event where Usha Uthup was performing.

When Shahrukh Khan appeared on the show to promote his movie Chennai Express.

When Shahrukh Khan made his first appearance on Comedy Nights With Kapil.

Kapil Sharma and Shahrukh Khan posing for the media during the TV show.

Shahrukh and Kapil pose with fans who has visited the sets of the TV show.

Kapil is close to SRK, he shared on Twitter, "Dont know what to say bcoz some feelings can not be expressed in words.. Love u @iamsrk bhai.. thanks for everything.. Regards."

Shahrukh Khan and Kapil Sharma posing for a picture together, the former has always complimented Kapils's sense of humour.