We had already reported that Saif Ali Khan will be playing a Naga Sadhu who sets out on a journey of dacoit and revenge in 'NH10' director Navdeep Singh Singh's next film. Well, the makers have now unveiled the actor's first look from the film titled 'Laal Kaptaan' and we must say it blew off our minds. Saif looks unrecognizable in the first look.

Don't believe us? Then check it out for yourself and we bet it will leave your jaw dropped.

Speaking about his role in the film, Saif was quoted by Mid-day as saying, "I play a revengeful Naga Sadhu. He kills a British soldier, and wears a bandana to look cool." The actor even revealed that they filmed in 'mud and heat' in the lesser known pockets of Rajasthan to add depth to the bitter premise.

Earlier, the actor had also revealed, "I had to invest two hours a day for the make-up. [Shooting for the film was] like going to war every day." Well, going by Saif's first look from the film, we agree to him every bit.

Earlier when Saif's first look from the sets went viral on the internet, many netizens pointed out the similarities between him and that of Jack Sparrow, played by Johnny Depp in Pirates Of The Caribbean. To this, the actor said, "My nephew Kiaan [Karisma Kapoor's son] and son [Ibrahim] saw the photographs before they had leaked, and said, 'Hey, that's Jack Sparrow.' The resemblance was because of the jacket and dreadlocks. While filming, I never thought about it. If I did, I wouldn't have done it."

Meanwhile, producer Anand L Rai was quoted as saying, "We have complete conviction and faith in the story above all else. Laal Kaptaan is that kind of film that is definitely going to generate a genre and narrative style of its own."

The film is slated to hit the theatrical screens on September 6, 2019. 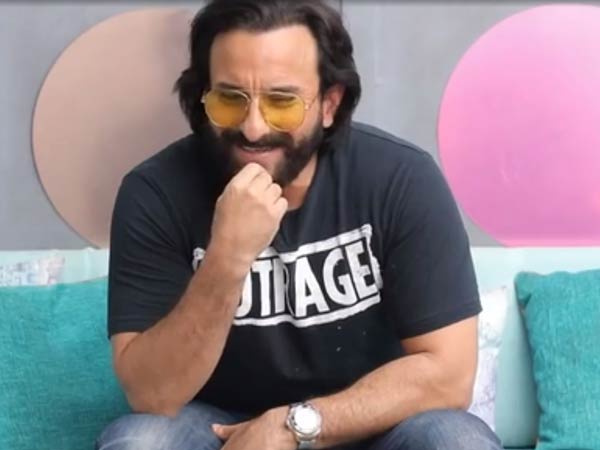 Saif Ali Khan: I Prefer Eating Kebabs Than Being A Nawab