Lately, while promoting her upcoming film, 'The Sky Is Pink', Priyanka Chopra has been making some candid revelations about her hubby Nick Jonas and their relationship. After speaking about how he watched Mary Kom when he missed her while she has travelling, the actress let out one more secret.

On Tuesday when PeeCee attended the sets of The View in New York for 'The Sky Is Pink', she spoke about Nick's life with type 1 diabetes.

Priyanka Learnt How Nick Takes Control Over His Disease Over Time

Priyanka said, "Initially, when we first got married, I couldn't wrap my brain around the fact that he knew when his sugar dropped, even when he was sleeping. He has this crazy discipline. He feels it."

"I used to wake up in the middle of the night to just check if everything's okay for a really long time," revealed PeeCee.

"He has been taking care of his diabetes since he was so young that he just has a crazy discipline about it. He knows exactly what to do, when to do it," the actress said on the show.

She further added, "He lives the biggest life possible. He's not restricted himself from anything. He plays sports, he's touring. He lives an incredible life. It's so inspiring to see. When he [started] Beyond Type 1, his foundation, that's what he wanted to show people. Even if you have Type 1 diabetes doesn't mean that your life has to be different. You can live it to its fullest. It's so inspiring to me."

Earlier, Nick Too Had Opened Up About His Disease

Speaking about it, he told Cigar Aficionado, "I kept asking my parents - am I going to be okay?" he said. "I was just so concerned that it was going to limit my ability to do all the things I wanted to do. I was very scared. It's a big life change." 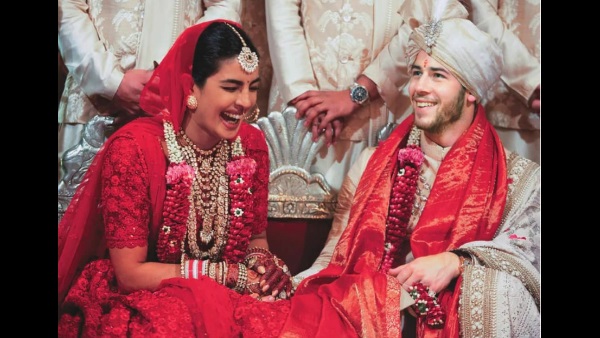