Saif Ali Khan and Amrita Singh's daughter Sara Ali Khan made a smashing debut in Bollywood with Sushant Singh Rajput starrer 'Kedarnath'. This was followed by a blockbuster in the form of Ranveer Singh's Simmba. Within a short span of time, the pretty actress has earned an immense fan-following who love her for her acting chops and outspoken attitude.

Recently while speaking at the We The Women event in Bangalore, Sara Ali Khan spoke about how she doesn't believe in taking the pressure of her family's legacy. Sara is the daughter of Saif Ali Khan Pataudi and Amrita Singh, both belonging to high-profile families and also in the acting profession. Sara's step-mom is actress Kareena Kapoor Khan.

Sara On The Constant Scrutiny

As per an ETimes report, the actress said, "With any form of privilege, there is a setback to it. You are as burdened as you want to be, and you take as much pressure as you want to. I am acutely aware that I come from a film background and, therefore, the scrutiny and attention I receive is more than it would have been otherwise. But I don't look at it as a burden, because if I do, then I won't be able to perform."

Sara Opens Up About Being A Star Kid

She further added, "Star children do get it easy, but it also comes with scrutiny and there are a lot of people who are waiting for a star kid to make a mistake or fall. I am aware of that. But I don't take all that seriously."

If Not An Actor, This Is The Profession Sara Would Have Picked

While speaking to noted TV journalist Barkha Dutt as a part of 'We The Women' summit in Bengaluru, Sara revealed, "If not acting then I would be a lawyer or a politician." The actress further said that she believes it's not too late for that, and added that she can join politics later.

The actress is currently busy shooting for David Dhawan's 'Coolie No 1'. Recently, Sara took to Instagram to post a picture with her co-star Varun Dhawan and captioned it, "Cool and Coolie💁🏻‍♀️🙆🏽‍♂️🧳👜👫🌈." 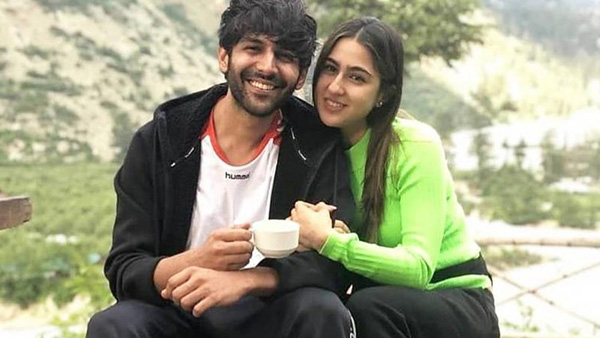