The ever charming Hrithik Roshan, who delivered back to back two hits (Super 30 and War) in 2019, spoke to film critic Anupama Chopra and took a dig at his own film, which also cast Kareena Kapoor Khan. Can you guess the movie's name? Well, he was talking about none other than Main Prem Ki Diwani Hoon.

When Hrithik was asked if he had ever faced a difficulty in playing any character, he said, "Yeah, and I failed terribly. There was a film that I did, called Main Prem Ki Diwani Hoon. A very happy, very uppity. It doesn't come very naturally to me...even if you try really hard, which I did."

Watch out his video below..

We think #HrithikRoshan taking a dig at his #MainPremKiDiwaniHoon act is the coolest thing on the Internet right now! Full conversation goes live tomorrow on our Youtube channel: https://t.co/scCwRNZFpQ. Location Courtesy: @thejgstudio. pic.twitter.com/7TSOkD4yao

Netizens loved the way how Hrithik was cool enough to mock himself and admit that he failed as an actor in that particular movie.

A Twitterati said, "Not many actors can laugh at themselves like that. He is amazingly self-aware and it's so nice to see him talking about his failures instead of just the successes. A true star in every sense. LOVE YOU Hrithik!"

While another user said, "Only time in his 20 years career that he failed as an actor. And he never repeated that."

"Can't wait to watch the whole episode.. Only time he failed his fans as far as his performance was concerned.. But what a sport to actually take dig at himself! #Respect," wrote another user, while praising Hrithik. 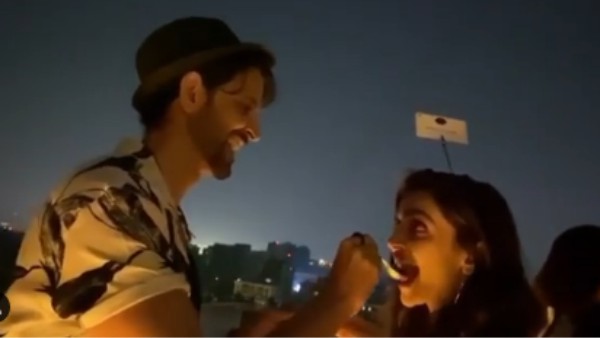 Coming back to Main Prem Ki Diwani Hoon, have you watched the movie? Do you also think that Hrithik went overboard in the film? Share your opinion in the comments section below.