Saif Ali Khan is a doting dad. Even though he doesn't interrupt in Sara Ali Khan's mode of work, he keeps a constant tab on her work and film projects. Sara had an amazing début with Kedarnath and she was equally praised for her work in Ranveer Singh's Simmba. But when her third film, Love Aaj Kal, which also starred Kartik Aaryan, hit the theatres, Sara found herself at the receiving end of criticism.

So, when Sara's dad, Saif Ali Khan was asked about her failure in her last release, the Dil Chahta Hai actor told TOI, "I am very proud of Sara. Hits and misses are a part of the game."

Sara and Varun have already completed the shoot of the film, which is slated to hit the theatres on May 1, 2020.

Apart from Coolie No. 1, Sara also has Aanand L Rai's next, Atrangi Re, in her kitty. The film will mark the first collaboration of Sara with both Akshay Kumar and Dhanush. Recently, the makers had announced that the film will hit the theatres on February 14, 2021. 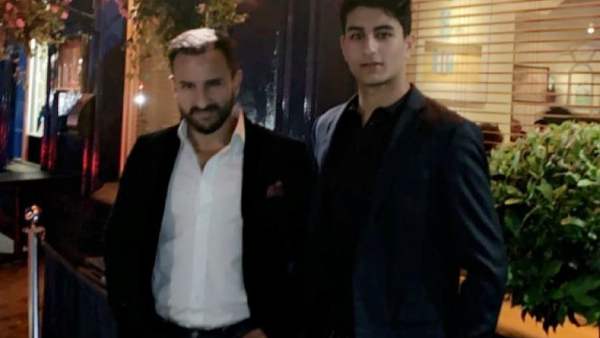 Saif Ali Khan Reacts To Son Ibrahim Calling Him 'Old Man': Won't Look Like An Old Man For A While

Saif, on the other side, was last seen in Jawaani Jaaneman and will next be seen in Bhoot Police alongside Ali Fazal and Fatima Sana Shaikh. Soon, Saif will also kickstart the shoot of Bunty Aur Babli 2, which also casts Rani Mukerji, Siddhant Chaturvedi and Sharvari in the lead role. The film is slated to hit the theatres on June 26, 2020.