A few days ago, the last film of Sushant Singh Rajput was premiered on a digital platform and it left the entire nation in tears. Netizens watched the film and celebrated Sushant- the actor, one last time. Sushant breathed his last June 14 and since then, his film was much awaited. The film marked the Bollywood debut as a lead actress of Sanjana Sanghi, who plays the character of Kizie Basu and actress Swastika Mukherjee plays her mother in the film. 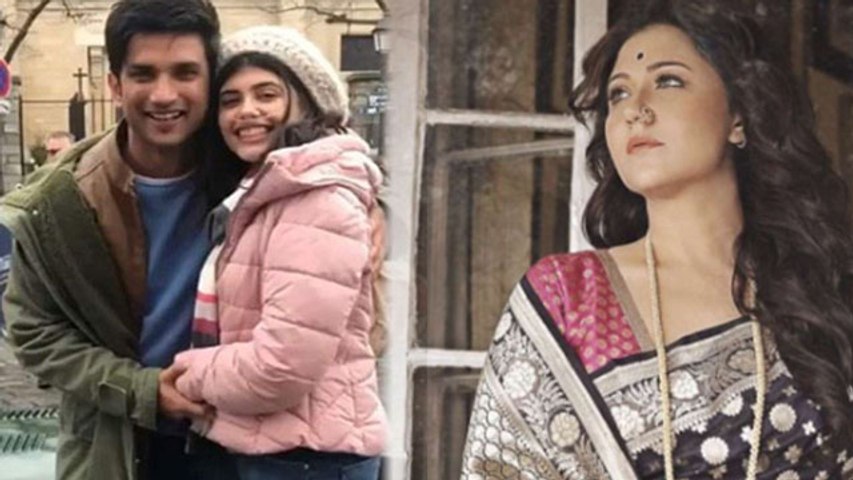 In her recent tete-a-tete with an entertainment portal, Swastika Mukherjee spoke about the vibes of Dil Bechara sets and rubbished the rumours of Sanjana being uncomfortable around Sushant. For the unversed, during the shoot of Dil Bechara, #MeToo allegations had surfaced against director Mukesh Chhabra and Sushant Singh Rajput.

Swastika Mukherjee: It Was Shocking

When asked about her stand on the #MeToo allegations, Swastika said, "We were not shooting exactly around the time when these allegations surfaced. And I got a lot of calls during that time from various people and from the media. But it was so shocking for me because, I have never seen anything like this happening on the sets."

"Because I played Sanjana's mother in the film, we were always together. Also, you know, we all used to have dinner together.. the vibe was very positive and friendly on the sets. I never really felt uncomfortable with the crew or the cast. I have never seen Sanjana also feeling uncomfortable or else I would have understood," added Mukherjee.

Swastika On Learning About The Allegations Against Sushant & Mukesh

In the same interview, Swastika shared that she felt very weird and was shocked after learning about the allegations against Sushant and Mukesh.

"A lot of people when asked me about Mukesh (Chhabra) .. Am a woman, if there was something that was going on, as a woman I would get the vibe. And feel little bit of discomfort on the set or around people against whom the allegations has surfaced. But no, nothing," claimed Mukherjee.

Swastika Wants To Remember Sushant With A Smile

While reminiscing about the positive sides of Sushant, Swastika said that he was very flamboyant, had a lot of energy, and he was an avid book reader. She added that she doesn't want to talk about the negativity that surrounds his demise because she knows Sushant would hate people doing it. Swastika said that Sushant was not a negative person, and she would not like to get affected by the hate and negativity on social media.

"I want to remember the nice, happy positive things about Sushant," added Swastika.