Aryan Khan's third bail hearing since his arrest on October 2, took place yesterday (Oct 13), but the sessions court is continuing the hearing today. NCB had told the Mumbai session court that Shah Rukh Khan's son Aryan Khan allegedly "indulged in illicit drug trafficking" and was involved in the "procuring and distribution of drugs".

However, Aryan's defence argued that he had no cash on him to buy drugs, that no drugs were found on him, and finally, that he wasn't even present during the cruise raid. NCB replied by saying that the investigation has revealed Aryan's role in a conspiracy, "WhatsApp chats reveal the accused was in touch with a foreign national for bulk quantity of hard drugs."

As the hearing continued on Thursday (Oct 14), Additional Solicitor General (ASG) Anil C Singh opposed the bail plea by claiming that Aryan has been consuming drugs for the past couple of years. For proof, NCB provided Panchnama and WhatsApp chats to the court. Anil C Singh added, that Aryan Khan did not take drugs only once. He told the court that drugs have been found on Arbaaz Merchant and Aryan was with him.

"He is not a consumer for the first time. And has been a regular consumer of drugs for the last few years. The panchanama clearly establishes that he was in conscious possession of contraband as he admitted the charas was in possession of Arbaaz Merchant and that they were going to smoke it on the cruise. So it may not be right to say he was not found in possession of any drugs. Both were in touch with peddler Aachit Kumar. He was in touch with a foreign national and we are taking assistance of MEA and also written to our head of Department in Delhi," Anil was quoted by TOI.

Anil explained that due to conspiracy in the case, Section 29 is imposed. As per the section, he said that "if drugs were not found from you, but in the same case, if drugs in commercial quantity were found from others, then action can be taken on that basis. My submission is that bail cannot be granted in this case." The court will continue the hearing after a lunch break.

Singh said that the accused's argument that no drugs were found with him is immaterial as some provisions in the NDPS Act say the recovery of drugs is not at all crucial, he said. Referring to the Whatsapp chats, he added, "Innocent until proven guilty doesn't apply in the cases of NDPS offences. In the NDPS Act, the presumption is of culpable a mental state, and it is for the accused to prove that he was not in possession during the trial."

Meanwhile, Aryan's lawyer Amit Desai said the context of the WhatsApp chats is important. "Today's generation has a means of communication, which is English...not the Queen's English...it's sometimes what the older generation will call torture. The way they communicate is very different. But by no stretch of the imagination is this boy involved in illicit international drug trafficking," he told the court. 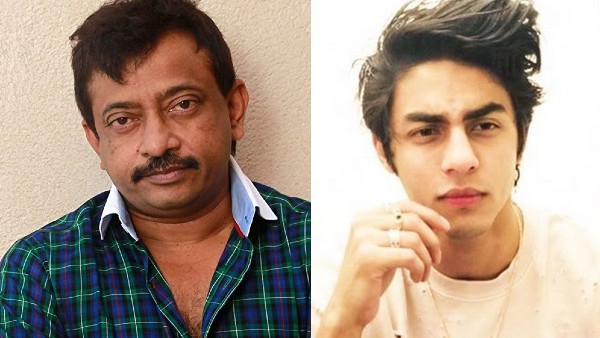 The court heard both parties and has reserved the order for October 20. It also means Aryan Khan will have to remain in jail till next Wednesday, a week from now. The star has now completed his isolation period in Arthur Road jail and will be moved with other inmates.