Dishani is surely making a mark. She made her debut in theatre by performing at her university 'Lee Strasberg Institute' where she performed Theresa Rebeck's play, 'Seminar' directed by Kymberly Harris. The play was seen by none other than arguably the greatest actor of all time, Al Pacino who was all praise for the play and even insisted on them to continue running the show. 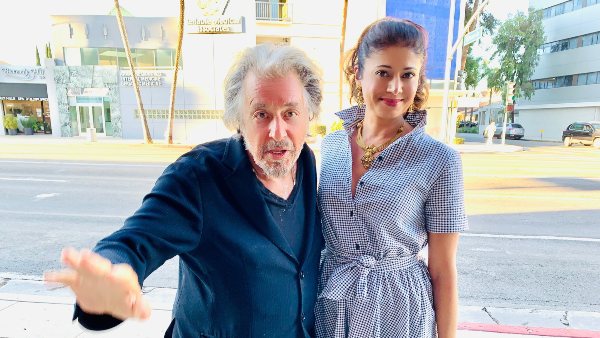 Pooja Batra Shares Pics With Al Pacino, Reveals Two Watched And Justice For All Together

She is a young actor and has a huge pedigree to live up to that is the legendary Mithun Da. She says the phone hasn't stopped ringing and the praises are coming from all corners.

Let's just beat it from Dishani herself as we spoke over the phone and congratulated her on the monumental achievement, "It's just such a surreal feeling. Growing up, acting was something I always knew that I wanted to do, but to actually perform in front of a legendary actor like Pacino sir himself was unimaginable."

I love drama and theatre and this is a very humbling beginning. I hope I make dad proud. It's one step at a time and I am not looking too far ahead. Just giving my best each day. Let's all keep safe and healthy. We have been through a treacherous time back home. Love and light to all."