Bigg Boss Kannada 7, hosted by popular star Sudeep, kicked off a few weeks ago and became the talk of the town in no time. Nearly four weeks in, it has emerged as the top choice of fans, redefining the tenets of the small screen. Now, here is the latest update about Bigg Boss Kannada 7. According to a kannada daily, actress Chaitra Kotoor has been eliminated from the show. An official announcement about this is likely to be made tonight.

Chaitra started her stint on Bigg Boss Kannada 7 on a good note, however, things went downhill after she allegedly hurt a certain section of society with an 'insensitive' comment. During a chat with Harish Raj, she said that Deepika was treating her as an 'untouchable', which upset the Ambedkar Sena.

Shankar Ramalingayya, State President of the Ambedkar Sena, condemned Chaitra for making such a statement and asked the organisers of Bigg Boss Kannada 7 to expel her from the show.

Following this, Chaitra clarified that she did not use the word 'untouchable' in a derogatory way while implying that she doesn't believe in discriminating against people on the basis of caste and religion.

"I have never used the word 'Untouchables' with reference to any caste, creed or religion. My sincere apologies to everyone who has been hurt by my words and it was not intentional. I am a follower of Kuvempu and believe in unifying people. I only believe in humanity and support practical thinking," (sic) Chaitra said.

Despite her clarification, ,the Ambedkar Sena protested in front of the Bigg Boss house and even threatened to take action against Sudeep, if he failed to rebuke Chaitra.

The buzz is that this burning controversy is the main reason behind Chaitra's elimination from Bigg Boss kannada 7. One is likely to get clarity about the developing situation when Sudeep addresses it in a few hours from now. 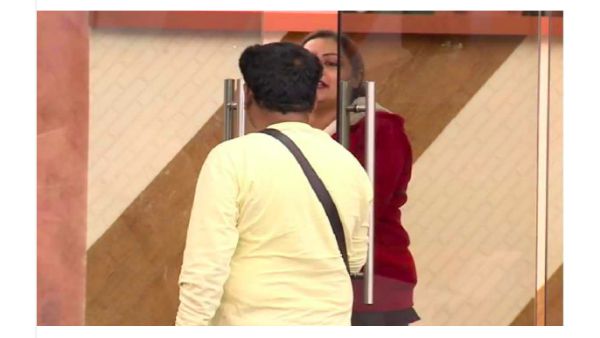