KGF's lead actor Yash is now a celebrity who is being recognised across India and world. After the success of his last film, Rocking Star is flooded with offers from many film industries. But, he has always made it clear that Sandalwood would remain his first priority. But, like any actor, Yash too has the desire with a few talented stars. In an interview with Bollywood Hungama, Yash has said that he wishes to work with a certain Bollywood actor. You would be rather surprised to know who it is!

Yash was asked a few questions as part of the rapid fire round. During which, he was asked to name a Bollywood actor he wishes to work with. The KGF actor was quick to take the name. He said, "Nawazuddin Siddiqui, because he's a wonderful actor."

While describing a few more actors in one line, Yash said that he's highly inspired by Shahrukh Khan. He praised the King Khan by calling him smart, witty and genius. Well, we couldn't agree with him more. 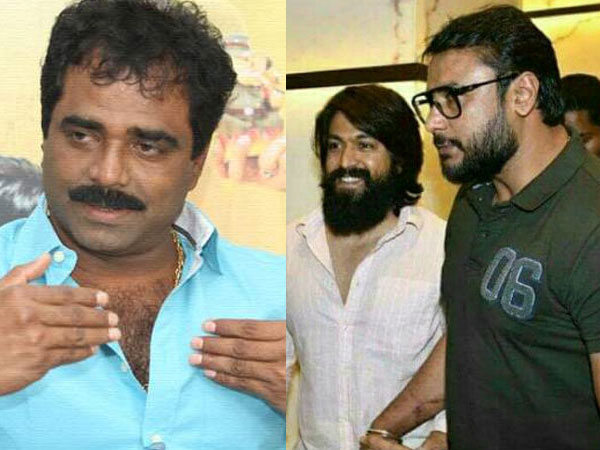 'Darshan & Yash Have Created History In Sandalwood'; This Producer Says They Risked Their Career

A while ago, reports were making rounds that Yash has been receiving several offers from Bollywood after the success of KGF. But, the actor denied the rumors. As of now, he's preparing for KGF Chapter 2, which has already gone on floors. Yash will start shooting from June 6.