The latest contestant to be eliminated from Bigg Boss Kannada 7 is Chandan Achar. The actor spent 14 weeks in the house and was viewed as one of the most controversial personalities this season. In a recent interview with TOI, Chandan opened up about his experience in the glasshouse.

Chandan said, “I don’t fret over things that are not under my control. I was confident of winning the show, even though I was getting nominated every week. I thank people for having voted for me every time I was in the danger zone through these weeks. In my entire journey, I have stayed true to myself, which is the only reason I was able to survive in the house for more than 90 days.”

He went on to add, “I already miss Bigg Boss’ voice. The tasks taught me not to lose my temper in tough situations. Despite all differences, when festivals came, we celebrated together, which is what makes Bigg Boss a special journey in my life. I cherish the time I spent with Jai Jagdish, as there was so much to learn from his wealth of experience. Vasuki Vaibhav is from theatre background, so we connected well and Sujatha was a treasure trove of knowledge.” (sic)

On being quizzed about his infamous spat with Raju Thalikote and Kuri Prathap, the actor confessed that it was due to an emotional outburst. Chandan stated, “I played the game fairly without any biases. I am the one who calls a spade a spade, which did not go down well with many members in the house. This is also why I was getting nominated so frequently. But having said that, my spat with Raju and Kuri was because of the situation. It was an emotional outburst. Most of contestants think I am short-tempered, but I don’t hold anything against any contestant in the house. Sometimes, the tasks make us behave a certain way, which may seem unacceptable.”


He finally concluded by stating that Shine Shetty has the required potential to win the Bigg Boss Kannada 7 trophy and wished him good luck. 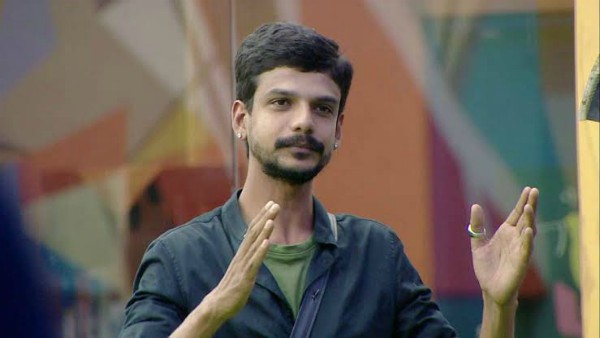