After almost two months, the makers of Yash's KGF: Chapter 2 sprung a surprise today (May 25) by unveiling a special poster of the film featuring Rao Ramesh as Kanneganti Raghavan. Sharing the intriguing poster, the director of the film Prashanth Neel tweeted, "Wishing the versatile actor #RaoRamesh sir a very safe Happy Birthday. Here's a glimpse of #KannegantiRaghavan in #KGFChapter2. Stay home stay safe everyone."

In the poster that looks like a sheet from an old newspaper, the actor is shown as a CBI (Central Bureau of Investigation) top official Kanneganti Raghavan. Going by the headlines, looks like the star will be playing a key role of a character who is on a mission to unveil the truth behind Narachi Limestone Corporation. Being highly praised for playing characters in films effortlessly, looks like Rao Ramesh's role will have a lot to do with chasing down Rocky Bhai, the protagonist of KGF: Chapter 2.

Also Read: Yash's KGF Chapter 2 And Prabhas' Salaar Has This In Common; Find Out

Well, with the latest poster going viral on social media, fans are highly excited and are now eagerly waiting to witness the massive extravaganza on screen when the film releases on July 16, 2021. 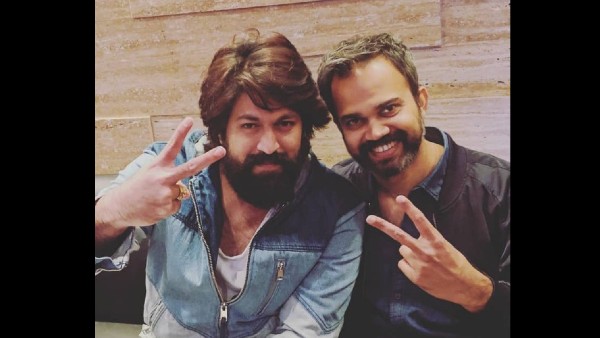