Mohanlal, the complete actor is best known for the unique touch he gives to every character he plays, with his exceptional acting skills. Interestingly, Mohanlal always makes sure to give a personal touch to his characters with some special inputs. Recently writer SN Swamy revealed how the actor himself named his character from this popular yesteryear blockbuster.

Interestingly, the complete actor was totally confident that the named Sagar Alias Jacky will be an instant hit among the audiences and will be remembered for a very long time. Well, we must admit that Mohanlal's intuition was absolutely correct, as Sagar Alias Jacky still remains as one of the most popular characters in his career.

Interestingly, Irupatham Noottandu was the first action thriller in the career of writer SN Swamy, who was best known for family dramas till then. According to the veteran writer, the idea of the Mohanlal starrer was developed after he saw the picture of legendary Bollywood actor Dilip Kumar who seeks the blessings of the mafia gang leader Haji Masthan.

Irupatham Noottandu, which was released in 1987, had featured an extensive star cast including Suresh Gopi, Urvashi and Ambika, Jagathy Sreekumar, Kaviyoor Ponnamma, Prathapachandran, Sreenath, Jagadish, Mamukoya, Janardhanan, and so on in the other pivotal roles. The movie, which was one of the biggest commercial successes of the year, had completed 200 days in theaters. Mohanlal later teamed up with cinematographer-director Amal Neerad for a sequel of Irupatham Noottandu, which was titled Sagar Alias Jacky in 2009. But the film couldn't recreate the magic of its first installment. 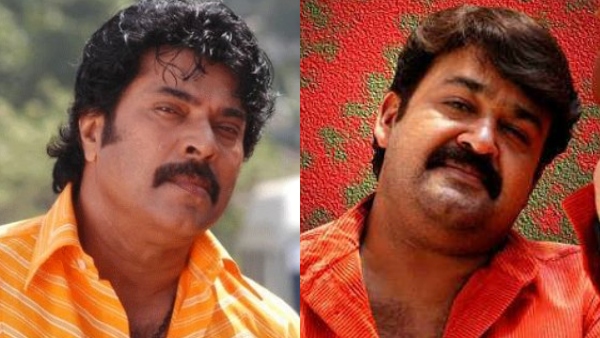 REVEALED: This Is Why Mammootty-Mohanlal Duo's Hello Mayavi Got Shelved