The 64th annual Grammy Awards took place on April 3, 2022, roughly a two-month delay due to concerns over the omicron variant of the coronavirus. The biggest music night of the year was hosted by Trevor Noah and had a few controversial moments of its own. However, the awards night AKA Grammys 2022 was filled with great performances from BTS, LilNasX, Bruno Mars, Billie Eilish and many more.

BTS had a heist-themed 'Butter' performance on the Grammys 2022 stage, which began with an adorable interaction with New Artist winner Olivia Rodrigo. The members of BTS were spread out in the audience and on stage as they rappelled down from the ceiling by a rope. While the performance came early, it was easily one of the best ones of the night.

Billie Eilish who was up for seven awards at the Grammys, paid tribute to the late Taylor Hawkins by wearing a shirt with the Foo Fighters drummer's visage while performing 'Happier Than Ever'. The title track from her second album continued to dazzle the audience with water dramatically pouring down the stage. Billie began the intro solo and was joined by brother/co-writer/producer Finneas.

Olivia Rodrigo performed her early hit song 'Drivers License' and dazzled her fans. For the on-stage performance, she replicated the cool purple-ish hues of her music video and showed off her outfit as she swayed along the stage.

Nas took the Grammys stage to perform a set of songs from his three-decade career. The nostalgic set began with a snippet of 'I Know I Can' as a child in an all-white suit evoked a younger Nas. The rapper, in a gray suit and wire-framed glasses, then appeared to drop bars from the classic 'Made You Look', 'One Mic' and 'Rare'.

Silk Sonic opens Grammys night '777' an ode to Sin City. R&B duo Anderson Paak and Bruno Mars also won the first Grammy of the night. However, it wasn't the best of the night as they took the stage after Trevor Noah said, "We're going to be keeping people's names out of our mouths."

Lil Nas X started his performance in a fine black robe backed up by a marching band of men dressed in monk garbs. He began with 'Montero (Call Me By Your Name)' followed by 'Dead Right Now', and 'Industry Baby'- some of his recent viral hits. He was also joined by rapper Jack Harlow to close out his performance.

.@LilNasX and @JackHarlow perform “INDUSTRY BABY” at the 2022 #GRAMMYs .pic.twitter.com/mzfDTFvuxj 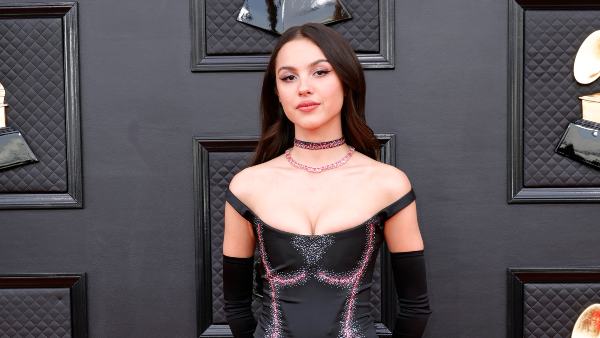 Reggaeton singer J Balvin teamed up with Argentine pop star Maria Becerra to perform Latin chart-topper 'Qué Más Pues?' ('How are you doing?' or 'What's up?' in native Colombia). J Balvin nominated for best Music Urban Album continued on stage with 'In da Getto', along with Skrillex.

After Billie Eilish made a tribute to the late Taylor Hawkins in her own way, a special tribute was featured at the Grammys 2022 for music legend Tony Bennett by Lady Gaga.

The singer offered a touching tribute to her performing partner with songs like 'Love for Sale' and 'Do I Love You'. She sang a montage of the pair played behind her. Gaga fought back tears as she said, "We love you, Tony. We miss you."