Urumeen, starring Bobby Simha and Kalaiyarasan in prominent roles released on December 4th amidst heavy rains and flood in Chennai and Tamil Nadu. Because of that precisely, the weekend (first three days) box office collections of the movie might take a hit, according to trade experts.

Thanks to continuous rain, which subsequently caused never seen before flood in Chennai and other parts of Tamil Nadu, two movies namely; Rajini Murugan (Sivakarthikeyan starrer) and Eetti (Atharvaa starrer) were postponed indefinitely.

Looks like the decision of postponing those movies is a not a bad option, for it might've shown negative effects at the box office, had those films were released, which now might be the fate of Urumeen at the Tamil Nadu box office.

According to trade sources, the revenge drama might struggle to even collect close to 3 Crore rupees from all over the world, by the end of its opening weekend. 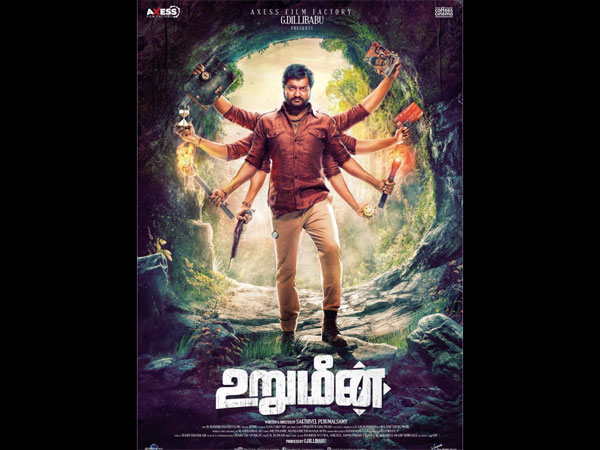 Urumeen Movie Review & Rating: Topsy-turvy Narration Let Down Because Of The Screenplay