It is no secret that the lovely Amala Paul is one of the most sought-after and popular stars in the South cinema today. A bubbly beauty, the young diva enjoys a strong fan following owing to her innocent looks, bindass nature, charming personality and stunning screen presence. During her eventful career, the Malayali lady has starred in quite a few notable films and proved that she belongs to the big league. Now, here is some awesome news for her fans. A few photos of her in 'surf mode' are going viral for all the right reasons.

Amala looks stunning as she flaunts her new tattoo and steals the show. She sure knows how to make an impact.

Fit As A Fiddle

Amala, who is quite an adventurous person, is seen gearing up for some fun and thrills in this fabulous photo. She looks quite mesmerising and seems to be in top shape. She is very particular about her fitness and the results are visible.

Here Amala is seen enjoying herself to the fullest while surfing like a boss. Her cheerful expressions gel well with the scenic background and prove that she loves living life on her own terms.

The Fans Are 'Loving It'

As expected, these photos created a great deal of buzz amongst Amala who said that she was looking beautiful and advised her to enjoy each and every moment of her life. The VIP actress sure has a dedicated and loving fan base.

At present, Amala is awaiting the release of Adho Andha Paravai Pola which is an action-thriller. The lovely lady also has Aadai and the Malayalam film Aadujeevitham in her kitty. All in all, her fans have plenty to look forward to this year.

So, did you like Amala's 'beach babe' avatar? Tell us in the space below. 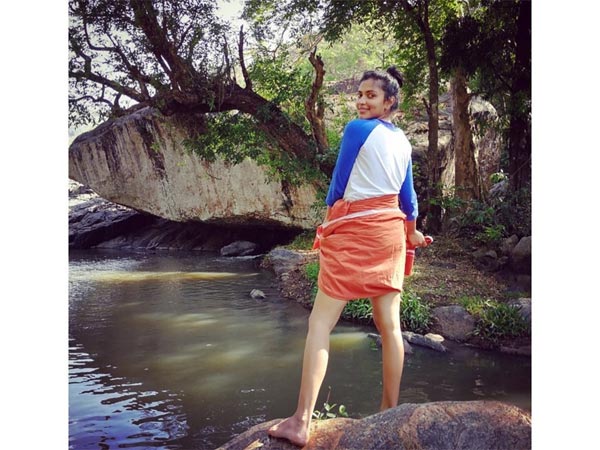 Photo: Amala Paul Dons A Lungi And Shows That She Is The Boss!