Since then, the actress has been winning hearts with her stint in the top-rated show so far. From rivalry with Shiv Thakare to her friendship with Ankit Gupta, Priyanka is counted among the strongest players inside the Bigg Boss house and has been continuously grabbing eyeballs. 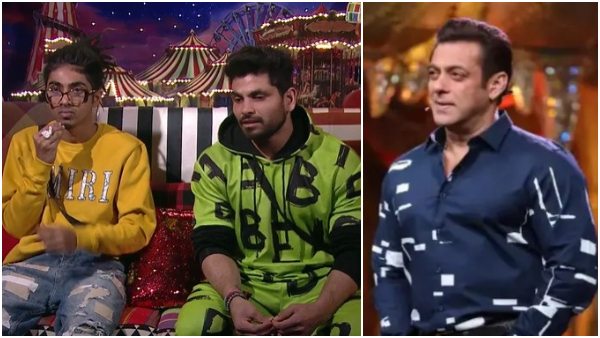 Bigg Boss 16: Not One, 2 Popular Celebs To Replace Salman Khan As Host Till Grand Finale?

Not just viewers, she has got the attention of BB 16 host Salman as well. In last night's (January 22) episode of Weekend Ka Vaar, he even asked her to meet him outside as he has something for her.

The latest buzz suggests that the Bollywood superstar is set to offer her a feature film. According to Bigg Boss Khabri, the popular Twitter handles that share all the updates related to Bigg Boss 16, Salman has a film in mind for Priyanka in which she might be cast opposite a newcomer. Yes, you read that right!

Priyanka With A Newcomer In Salman’s Production Venture?

The tweet read, "I heard Salman will offer her a film which will be produced by him (SK Films) and she will be cast against a newcomer. Big thing for Priyanka! Debut Bollywood." However, nothing is yet confirmed.

A few weeks ago, while talking to Priyanka, the superstar stated that he looks out for her because he thinks that she has a long way to go in the industry. Later, when Sajid Khan asked her about the contestants with whom he would like to work after Bigg Boss 16, Salman took Priyanka's name. Well, isn't it huge?

Even before her exit from Bigg Boss 16, Priyanka Chahar Choudhary is making the right kind of choice as she's being considered for multiple projects. Besides Salman, Ekta Kapoor is reportedly interested in her as well. According to the ongoing buzz, The Udaariyaan star might play the lead role in Naagin 7. However, an official announcement is still awaited.

Interestingly, Priyanka has already won the MyGlamm Face of the Season contest in Bigg Boss 16. After winning the competition, she bagged an advertisement with Bollywood actress Shraddha Kapoor along with prize money of Rs 25 lakh.