Kunal is making his digital debut with the monumental period adventure drama in the role of an emperor with a fierce and edgy appearance, that is set to be powerful and intense. The video clip introduces the actor as a king and a fearless warrior. With long hair and dark make up he looks war-ready.

Sharing the video on his Instagram account, Kunal captioned the post as, "An emperor's quest for the throne is about to begin. Hotstar Specials The Empire. Coming soon only on @disneyplushotstarvip #HotstarSpecials #TheEmpire #ComingSoon." 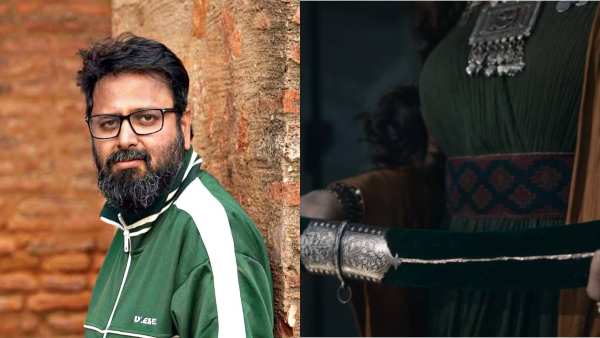 Talking about the show Kunal Kapoor said in a statement, "It's been challenging but fun! The makers have paid special attention to this character's look - it is very unique to his personality. Grandeur and royalty aside, this role is fierce and emotionally complex at the same time."

Earlier this week, he talked about The Empire during a media interaction and said that he has never worked on a project that is as big as this one. Calling it an interesting experience he added, " It is going to be an interesting experience for the audience because, primarily, it is a visual spectacle, the kind of which you have not seen on any platform in this country."

Kunal Kapoor Opens Up About Upcoming Show The Empire, Says Its A Visual Spectacle Never Seen Before In India

The Empire also stars Shabana Azmi, Dino Morea and Drashti Dhami in pivotal roles. Co-directed by Mitakshara Kumar and produced by Monisha Advani and Madhu Bhojwani (Emmay Entertainment), the show is set to release on Disney+ Hotstar, but the makers are yet to confirm the release date.