Maharshi, the big movie of the season will be entering the theatres within a couple of days. The Mahesh Babu movie has been scheduled to release in the theatres on May 9, 2019. Maharshi has huge stakes surrounding it and the film is expected to perform exceedingly well at the box office. It is being considered as one such film that could break most of the non-Baahubali records, at the word go. While the film is gearing up for a big release, here we take you through some of the initial targets that Maharshi would be eyeing to overtake. Read Maharshi box office targets to know more details regarding this.

At The AP/TS Box Office

Maharshi is gearing up for a grand release in AP/TS regions. The film would eye to break the opening day collection record set by Agnaathavaasi. Reportedly, the film collected around Rs 26.33 crore on day 1.

The records for the highest first weekend collections in AP/TS regions is being held by Chiranjeevi's Khaidi No.150. The movie had minted around Rs 46.58 crore on first weekend and Maharshi would be eyeing this record as well.

Maharshi will have to overtake Agnaathavaasi to emerge as the top day 1 opener at the worldwide box office. The Pawan Kalyan starrer had reportedly collected around Rs 39.12 crore on opening day.

Meanwhile, the record for the top opening weekend collections at the worldwide box office has been held by Bharat Ane Nenu, which fetched around Rs 59.80 crore on first weekend. Maharshi would be eyeing this record as well.

Here is yet another record, which is being held by Mahesh Babu's previous film Bharat Ane Nenu. Maharshi will have to collect above $2.8M to emerge as the top opening weekend grosser at the USA box office. 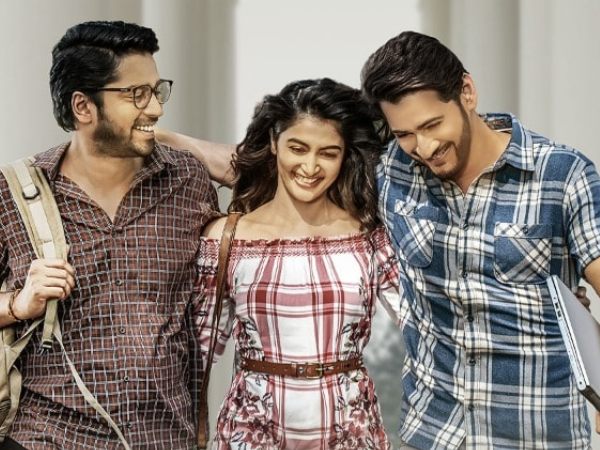