Bollywood actor Sanjay Dutt has been diagnosed with stage 3 lung cancer on August 11 (Tuesday). The news was indeed shocking for the showbiz industry as many celebs, as well as fans, started praying for Sanju Baba's speedy recovery. Just like Bollywood, Telugu film industry also has many fans of Sanjay Dutt, and one of them is Megastar Chiranjeevi.

The Acharya actor recently took to Twitter and penned an emotional post for his dear friend Sanjay Dutt. Chiru shared a picture of a priceless moment with Sanjay during his interaction with Ram Charan. Chiranjeevi admitted that it was painful to hear the news about 'Sanjay Bhai'.


Sharing the picture with Sanjay Dutt, Chiranjeevi wrote, "Dearest @duttsanjay bhai , pained to know you are confronted with this health situation.But you are a fighter & have vanquished many crises over the years. Have no doubts you will come out of this with flying colors too.All our love and prayers for your speedy recovery."
Reportedly, Sanjay Dutt was admitted to Mumbai's Lilavati Hospital citing breathing issues. He clarified that he has tested negative for COVID-19. But after getting discharged from the hospital, Sanjay Dutt announced on August 11 (Tuesday) morning that he will be taking a short break from work. Now, after being diagnosed with lung cancer, reports are doing the rounds that he will soon fly to the US for further treatment.

On a related note, Sanjay Dutt is all set to make his Kannada debut with Yash-starrer KGF: Chapter 2. He is playing the main antagonist Adheera in the film. Directed by Prashanth Neel, the film also stars Raveena Tandon and Srinidhi Shetty in key roles. As per reports, the film is scheduled to be released on Sankranti 2021, but now, it's expected to get delayed again due to Sanjay Dutt's health condition. However, the official confirmation about the same has not yet come. 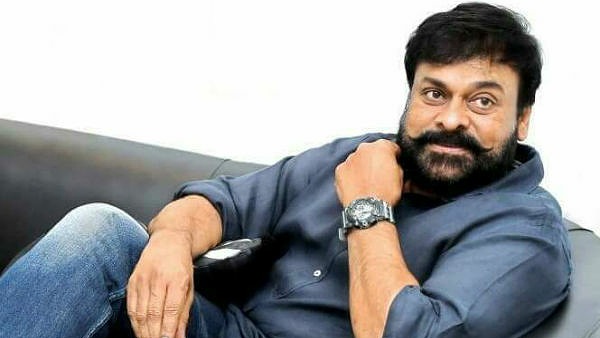 Also Read : Acharya First Look Poster Featuring Chiranjeevi To Be Out On His Birthday!