Not too long ago, Tollywood witnessed an incessant war of words between the director and the producer of Gabbar Singh. Apparently, Harish Shankar and Bandla Ganesh weren't on good terms, which the world came to know during the 8th year anniversary of the popular film Gabbar Singh, when the director penned a thank you note by skipping Ganesh's name, which irked the latter.

Though the duo took to social media and interviews to blame one another, now it looks like the two have solved the misunderstandings that erupted between them.

When asked about his current equation with director Harish Shankar during an interview, Bandla Ganesh said that he doesn't take the fight with Harish Shankar seriously and it is similar to the differences between siblings. He was quoted as saying, "Don't siblings argue? Ours is similar to that. Why would I have a problem working with him in the future? He is a big director. Just like we don't take our fights with spouses seriously, I don't take the argument with Harish Shankar seriously."

Impressed with Bandla Ganesh, Harish took to his Twitter handle to reciprocate the love showered by the former. He tweeted, "I always respect Bandla Ganesh not only for Gabbar Singh but even before Mirapakaay also he was ready to do a film with me. Happy for his recovery."

I always respect @ganeshbandla not only for Gabbar Singh but even before Mirapakaay also he was ready to do a film with me ..Happy for his recovery 🙏🙏 https://t.co/eTkkw7Issj

Now that everything has ended in a positive note, we would love to see them collaborate again for yet another entertainer.

On a related note, Harish Shankar recently confirmed a project with Pawan Kalyan in the lead role. It was also revealed that ace music composer Devi Sri Prasad will tune the music for the film, tentatively titled PSPK 28. Though there were reports suggesting Malayalam actress Manasa Radhakrishnan's inclusion in the big project, there has been no official confirmation about it from the makers side. The movie will start rolling after Pawan Kalyan wraps up the shoot of Vakeel Saab, directed by Venu Sriram. 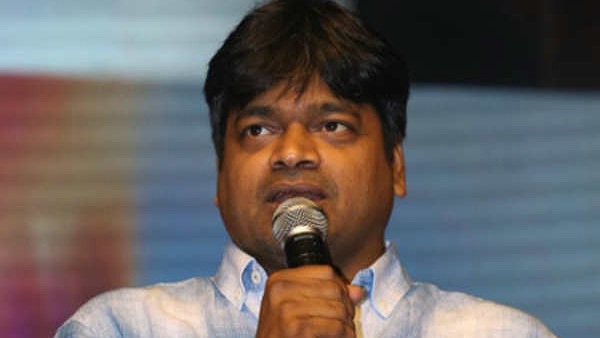 Harish Shankar To Gear Up For A Multi-Starrer Post Pawan Kalyan's PSPK28!