Taapsee Pannu is known for pulling off some really challenging characters and has always impressed us with her choice of films belonging to various genres. The actress will be next seen in Ashwin Saravana's psychological thriller 'Game Over'. The makers of the film released the official trailer of the film and we must say we are mighty impressed with it.

In the trailer, we see Taapsee's character Swapna who is a graphic designer, on a turbulent road to recovery from an incident that scarred her deeply. With the anniversary of the episode approaching, she is having an adverse reaction towards it.

To add more to trouble, she finds herself in the hands of an evil force that has been committing crimes of unspeakable evil in the city. On a fateful night, Swapna has to contend with the dark forces outside and within.

Game Over is a saga of grit, passion and courage that illustrates a thrilling, dark and surreal journey of a girl who has lost everything but hope. Check out the trailer here.

Earlier while speaking about how she prepped for her character in the film, Taapsee told PTI, "With the co-writer of the film, Kaavya Ramkumar, I could understand the logic behind all these effects and reactions and how to use them naturally in my performance. It needs to be controlled to the right proportion to make it look believable."

The actress also said, "When I heard this script, I knew this film has an international appeal and considering the kind of people attached with it, I had a strong belief in the product. Very few films surpass expectations and this is surely one of them."

Presented by Anurag Kashyap and produced by YNot Studios, in association with Reliance Entertainment., Game Over will be also releasing in Tamil and Telugu. The film is slated to release on June 14. 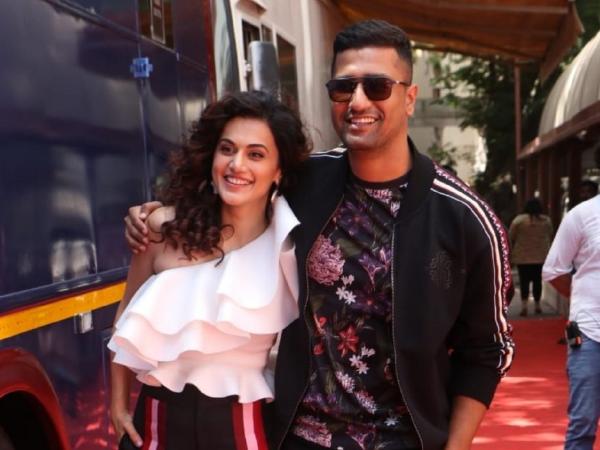